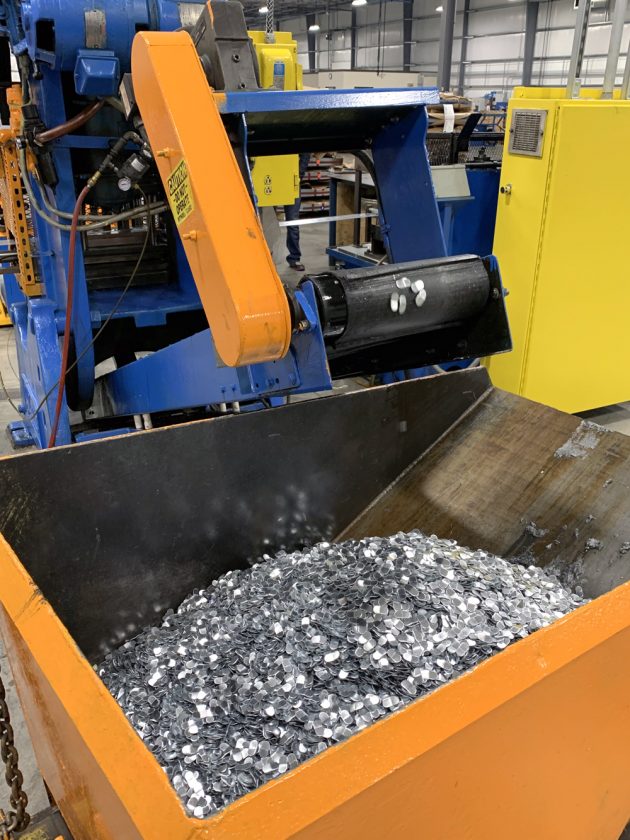 COLUMBIANA — It takes 200,000 square feet of space to house the operations of PhD Manufacturing Inc.’s successful, family-owned business. The company cut the ribbon on its newest facility last week, celebrating the completion of its most recent and largest expansion project –a 62,500-square-foot facility for its strut and welding operations.

The Business Showcase event was hosted by the Columbiana Area Chamber of Commerce and included presentations from two other local businesses as well.

Tony Kopatich, third-generation owner of PhD Manufacturing, said that strut manufacturing makes up about 50 percent of the company’s business and that the new building and roll former will produce nearly 2.5 times the capacity than before.

“For a company that started off selling ring hangers to local contractors we have come a long way,” he said.

PhD was founded in 1972 by Kopatich’s grandfather, Blair Hbuda and Windoll Persing, with the first operations housed in a 1,000-square-foot building in Berlin Center. The pipe hangers were for the fire protection industry. 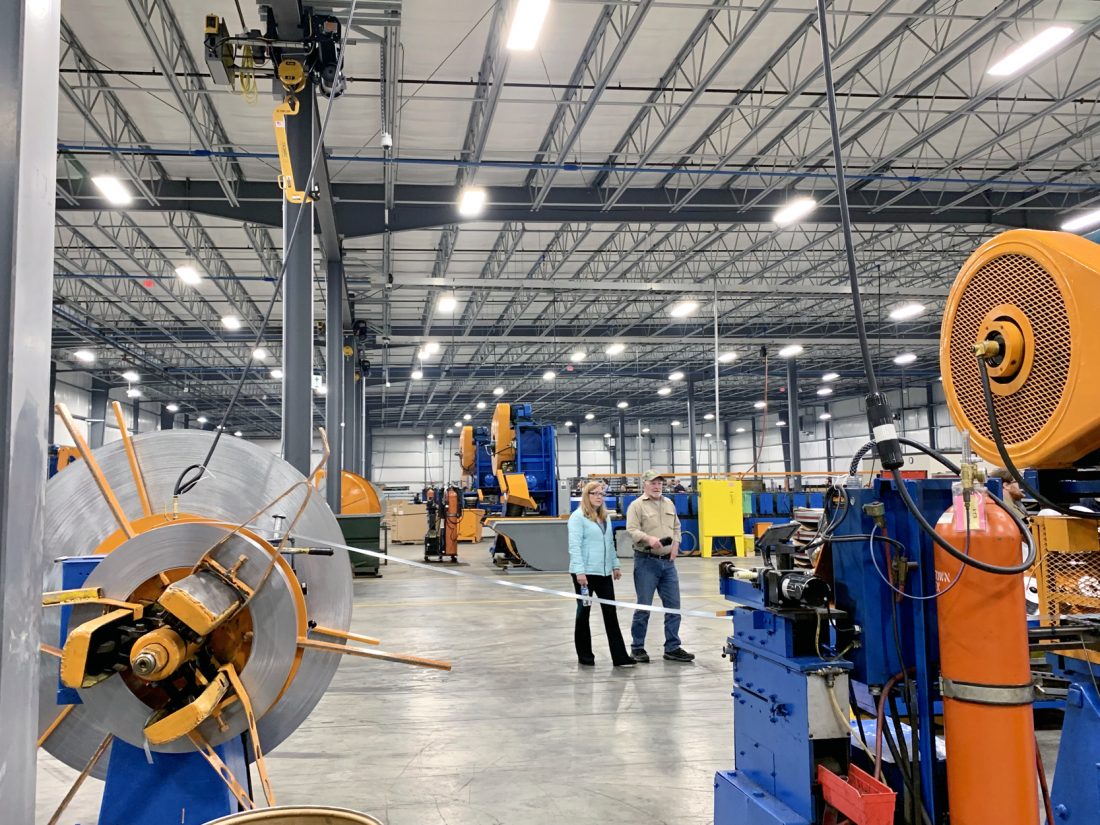 The company moved to Columbiana in 1977, where it continued to make commodity hangers while introducing new products to its catalogs, Kopatich said.

“We are extremely appreciative to be part of such a strong growing community. The city of Columbiana has been great to us and we love helping local business in any way we can,” he said.

PhD added onto its main building three separate times in the late 1980s, and in 1990 strut and accessories were added to the product line. It was at that time that the rapid growth of the company began, Kopatich said.

“The 10- and 20-foot bundles of strut took up a huge amount of space so in 1996 we decided to add two more buildings separate to the main one. To help aid in our continuous growth we had undergone several more expansions,” he said.

The company now features seven buildings for a total of more than 200,000 square feet and is tied to a lot of the largest jobs in the United States, including Facebook, Google, Micron, and Tesla. 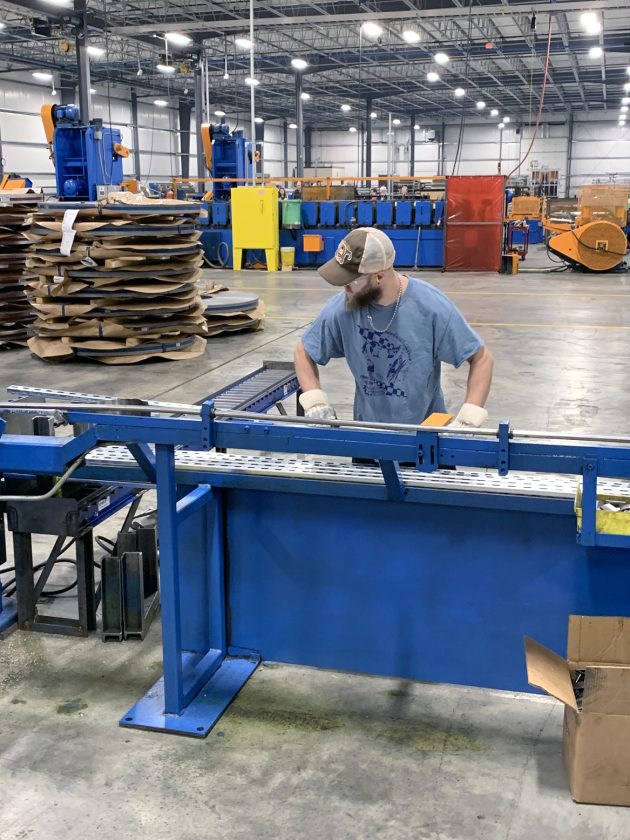 PhD has 38 sales representatives and 28 stocking warehouses across the United States and a total of 155 employees.

“When you work at PhD you are not just an employee you are part of the family,” Kopatich said.

He added that he others at the company have plans to have the new building and roll former to potentially double the size of the company in the next three to five years.

“We are constantly looking forward to the success of PhD and its people,” he said.

Other presentations were made by Terry Watson, sales manager for A Plus Powder Coaters in Columbiana, and Walter Kukla, co-owner of Eden Resources, also in Columbiana. 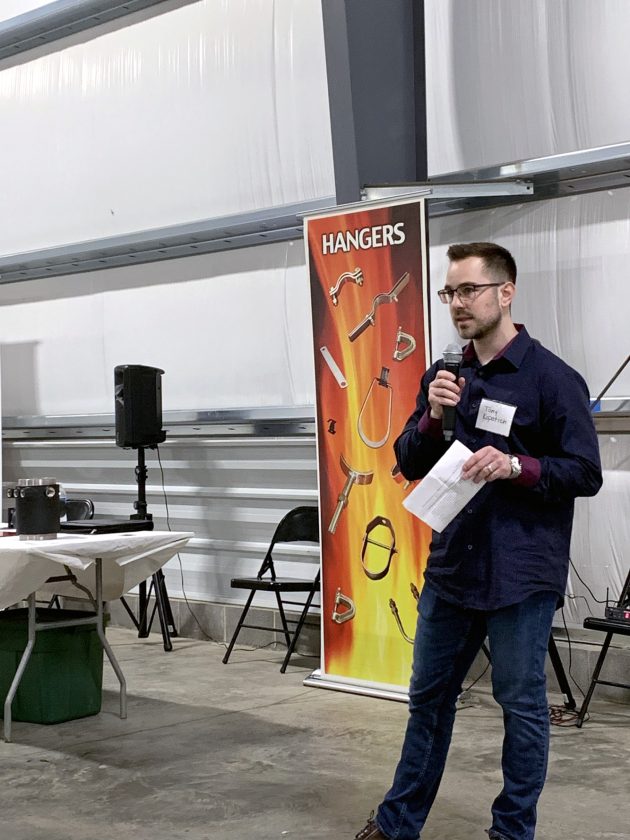 Watson said A Plus has 38 employees to date and that PhD Manufacturing is one of its customers. It has also undergone several expansion projects over the years.

Eden Resources was launched in 2017 and employs 17 people. It provides specialized services for recruiting and branding and its biggest client is Chick-fil-A.