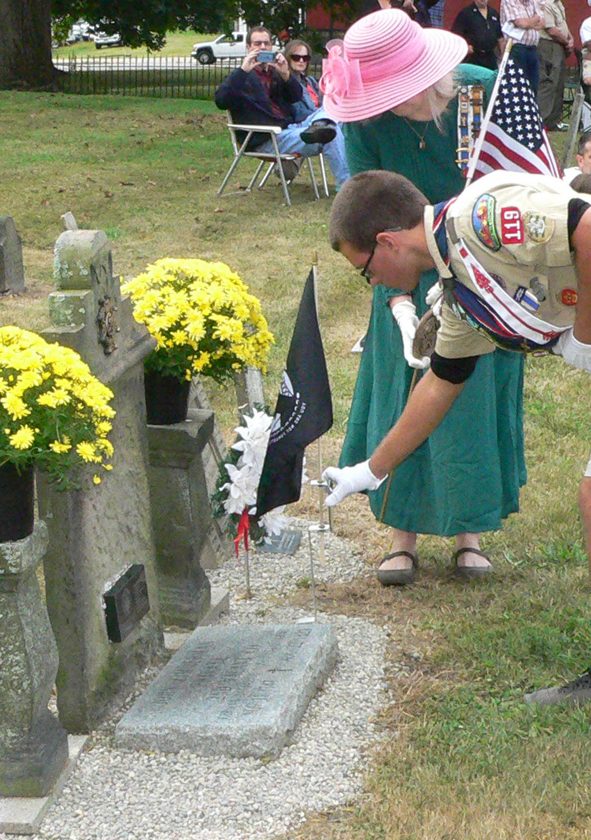 (Morning Journal/Kevin Howell) Newly minted Eagle Scout Justin McLemore of Boy Scout Troop 119 adjusts a POW/MIA flag on the grave of his sixth great-grandfather at Trinity Lutheran Cemetery while Jennifer Phillips, regent of Mahoning Chapter of Daughters of the Revolution, waits to place an American flag during a grave marking and dedication ceremony Sept. 7. Justin restored the cemetery where several veterans from the country’s first wars are laid to rest as his Eagle Scout project.

WASHINGTONVILLE – Honor thy mother and father may be one of the Ten Commandments, but one local Boy Scout has taken it back eight generations.

Justin McLemore, a 16-year-old Springfield Local student, has attained the rank of Eagle Scout by restoring the cemetery at Trinity Lutheran Church, which had been in disrepair for many years. It also happens to be the resting place of John Zimmerman, Private 2nd Vacant Co. German Battalion of the Continental Army, and his wife Christina Elizabeth Claycomb – Justin’s sixth great-grandparents.

The cemetery serves as the resting place for many veterans of the Revolutionary War and War of 1812, as well as the Civil War.

The current church was built in 1895. 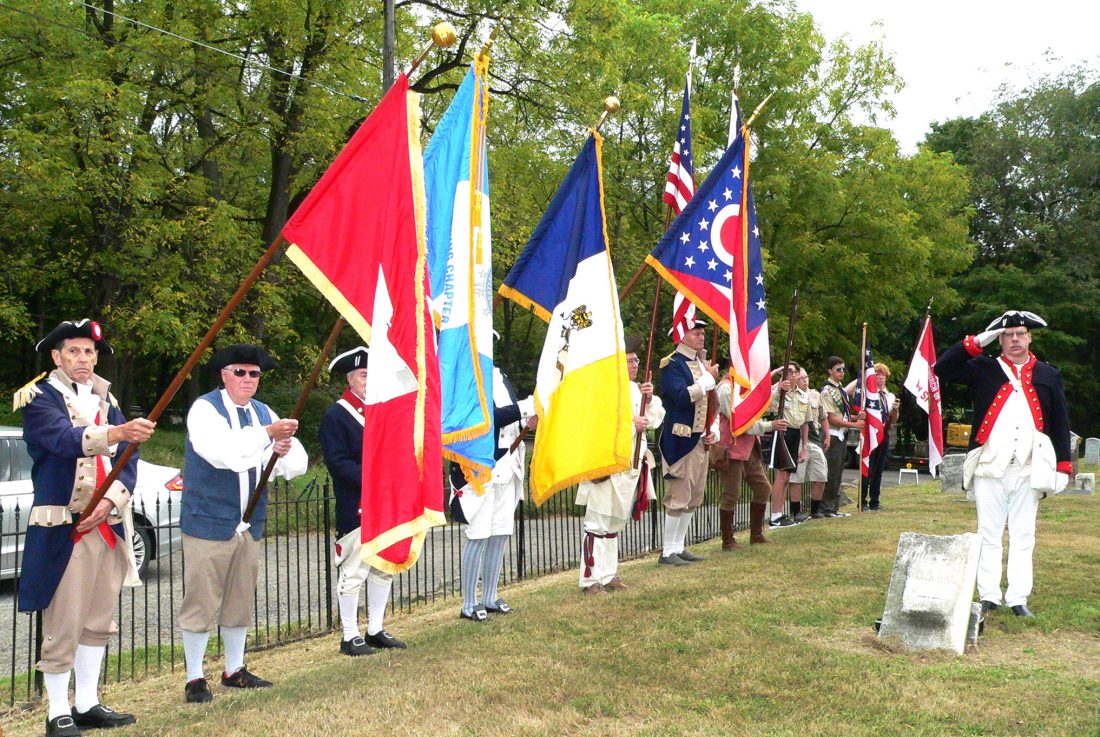 The Color Guard featured members of Boy Scout Troop 119 and Sons of the American Revolution among others.

When Justin first undertook the project in 2017, the cemetery was overgrown with the headstones crumbling and fence falling. It had been abandoned after the church closed and turned over to Green Township.

“It was a shame, the condition it was in,” Justin said. “Not only was my sixth great-grandfather buried there, but many other veterans (from the early history of the country). I felt it was important to restore it.”

In total, Justin raised $4,000 in donations and committed 450 hours to restoring the cemetery. He erected 27 new headstones and reset more than 50, installed two signs and a veterans memorial as well as a flagpole and stabilized and repainted the fence. He also researched all the veterans to present identify when they served and create short bios for visitors.

“I ended up doing more work than I planned, but I’m glad I did it,” he said. “I’m honored to do it and hopefully it serves as an example for more scouts and community members.”

To cap off his project, Justin hosted a grave marking and dedication ceremony Sept. 7, joined by dozens of family, friends and community members along with Washingtonville and Green Township officials. He provided a roll call of the veterans and their bios – nine of the Revolutionary War, 20 of the War of 1812, five of the Civil War and one in peacetime – while family and members of community organizations and safety services placed flags at the grave sites. He then offered a dedication of the stones followed by a 21 gun salute by the American Legion Post 177 honor guard. Dan Matheke of the Northeastern Chapter of SAR played the Taps.

One of two signs Justin erected, this one paying homage to the veterans buried in the cemetery.

The Sons of American Revolution presented Justin with a certificate of outstanding citizenship and partnership of citizenship patch, noting that he is helping to remember the patriot veterans who fought to give the country its constitutional freedom.

Village and township officials praised Justin for his efforts in restoring the cemetery.

“(Justin) and Green Township did a tremendous job,” said Washingtonville Mayor Herman Frank. “This graveyard was in terrible condition and they came in and really did a great job.”

Green Township Trustee Mark Stepuk noted that although Justin had the support of the township, he completed the project all on his own.

“As an eagle scout and veteran, I’m very proud of the hard work and dedication he put into the project, and he should be very proud of it as well,” Stepuk said. 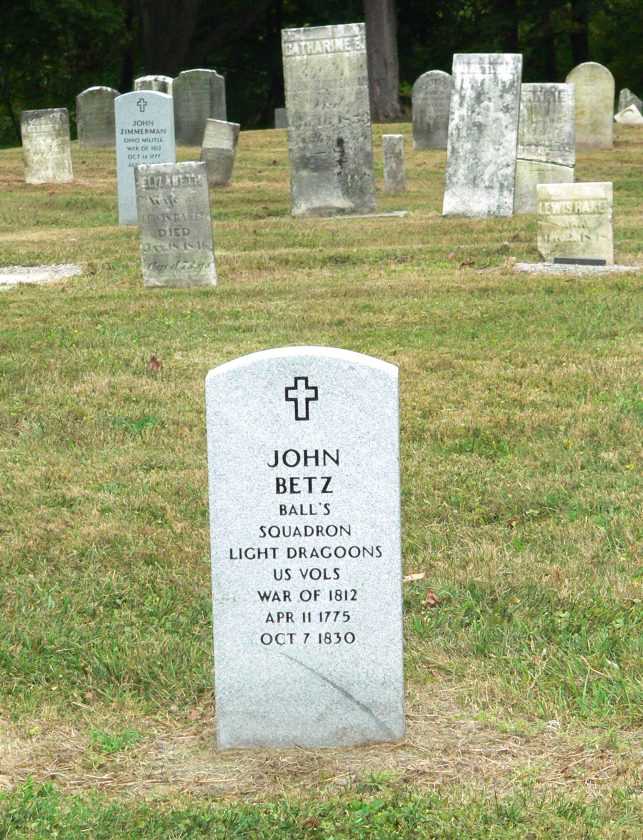 One of the 27 new headstones Justin installed can be seen among the older stones.

Americans flag mark the sites of veterans buried in the cemetery.