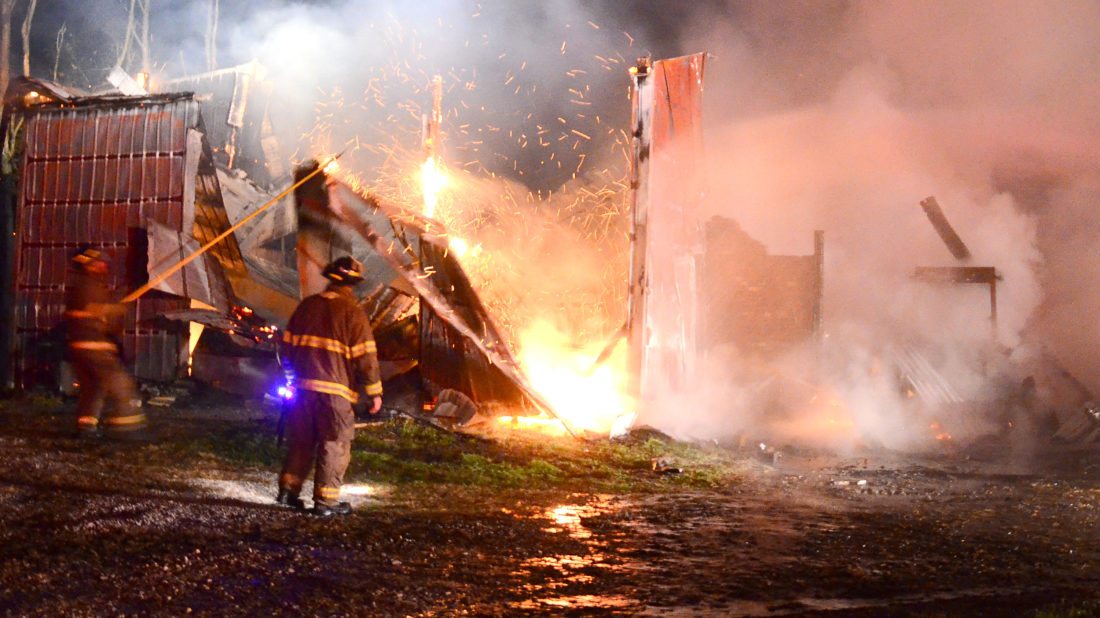 SUMMITVILLE — A large barn on a cattle farm owned by Henry Bergfeld on Yellow Creek Church Road in Summitville was destroyed by fire early Wednesday.

Franklin Township Fire Chief Jim May said the large four-bay barn housed farming equipment, trucks and boats — not the Angus breeding cattle Bergfeld is known for. No injuries were reported.

May said Bergfeld reported the fire around 2:15 a.m. after he was roused from sleep by the barking of one of his dogs.

The township fire department was on the scene within about eight minutes and was assisted by the Hanover Township and Salineville departments as part of their automatic mutual aid agreements.

May said the barn was fully engulfed when they arrived and was a total loss.

“From my understanding it was burning for a while before he was woken,” he said.

May ruled the cause as undetermined. The barn was insured.

He also said that the bulk of the firefighting efforts were focused on keeping the fire from spreading to another barn about 60 to 100 feet away.

The Bergfeld’s home is also on the property located at 33009 Yellow Creek Church Road, but was not close to the fire, May said.

The three departments had the fire extinguished by 4:30 a.m., using about 7,000 gallons of water, he added. The crews refilled the tanks from a fill site set up by the Hanover Township department at the Summitville lake.

In all, there were about 30 firefighters and eight trucks that responded.

May said calls are up for his department this year, with a total of 68 calls logged already for medical, vehicle accidents, fires and all other calls.

Bergfeld was a 2016 recipient of the Beef Industry Excellence award through the Ohio Cattlemen’s Association, according to a previous report in the Farm and Dairy newspaper.

The award honors lifetime commitment to the Ohio beef industry.