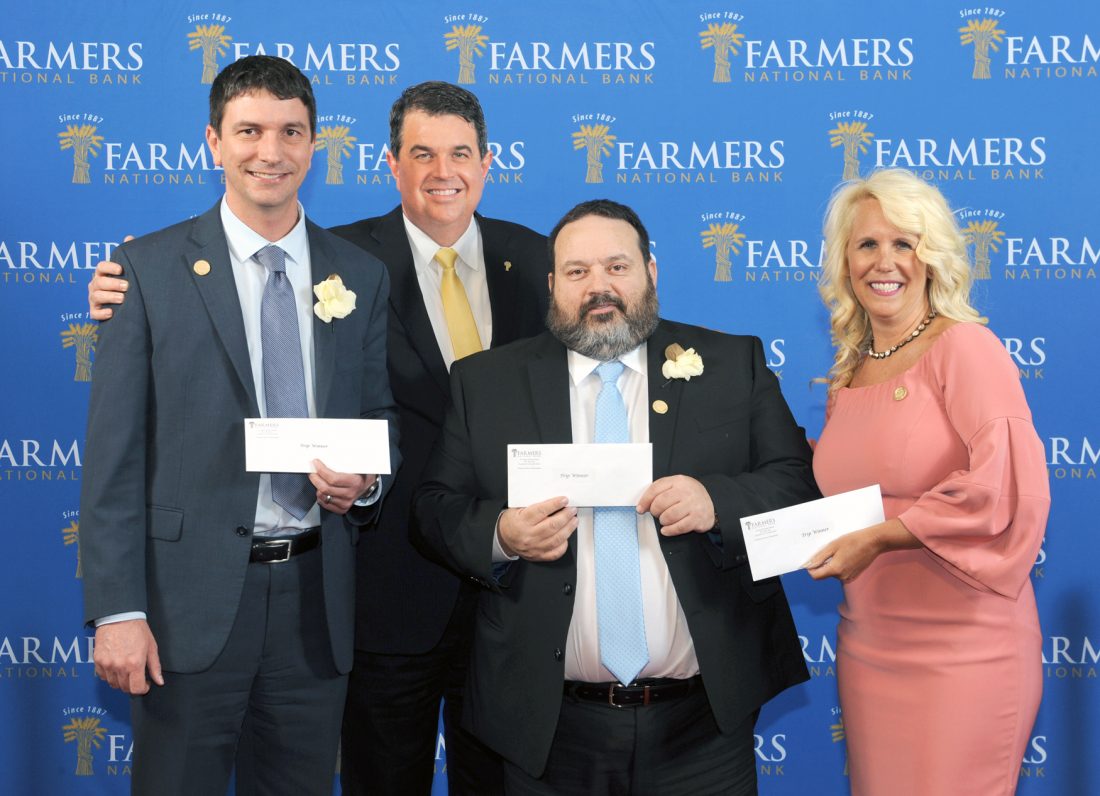 CANFIELD–Farmers National Bank capped off the first year of the President’s Club with the inaugural President’s Club Awards, where 15 employees were recognized for their achievements throughout the last year.

The President’s Club program was founded in 2018 and designed to recognize the top performing associates on a quarterly and annual basis. The annual winners were recently celebrated at the first President’s Club Awards Dinner at the Lake Club.

“As Farmers continues to grow and expand, it’s important that we recognize the many employees who have helped contribute to that growth in their respective departments throughout the bank. I’m honored to work alongside so many talented professionals each day and it’s a pleasure for myself and the rest of the team to celebrate their achievements with what we expect to be the first of many President’s Club Awards,” said Kevin J. Helmick, president and chief executive officer of Farmers.

In addition to the awards, the event featured Jim Tressel, president of Youngstown State University, as the keynote speaker, and several prize drawings. The grand prize winners of the drawing for an all-expenses paid trip for two to Turks and Caicos were Sharon DeFrances, John Zoppelt and John Stewart.

A powerful #MeToo chapter in ‘On the Record’ doc