RuthAnn Shehan Rinto married David Albert Gilliss on December 29, 2018 at DeWald Chapel at the University of Mount Union in Alliance, Ohio. The ceremony was performed by The Reverend Virginia Birks. A dinner reception followed at the Alliance Country Club, and a community celebration was held Sunday, December 30 at the Salem Saxon Club.

David and RuthAnn were classmates and 1964 graduates of Shaker Heights High School. They renewed their friendship at their 50th class reunion.

The bride is the daughter of the late Dr. Harry and Ruth Shehan of Shaker Heights, Ohio. She received bachelor’s and master’s degrees from Bowling Green University and completed her doctoral studies at Kent State University. She is a retired superintendent of United Local Schools and is currently Field Placement Coordinator at the University of Mount Union. She serves on the United Local Board of Education and on the Board of Directors for the Salem Regional Medical Center. She is also the owner of Conrad’s Auto Recycling.

The bridegroom is the son of the late Hiram and Louise Gilliss, also of Shaker Heights. He received a B.S. from Ohio University and an M.B.A. from Golden Gate University. He served as a reconnaissance pilot and navigator for the U.S. Air Force, receiving 14 awards and the Distinguished Flying Cross. He was a business executive in Silicon Valley and retired as a professor of business from San Jose State College. He was inducted into the Shaker Heights High School Hall of Fame in 2014.

After a honeymoon to Palm Desert Resort in Indio, California, the couple resides on Weathervane Farm in Winona, Ohio, and has plans for an extended summer trip to England and Scotland. 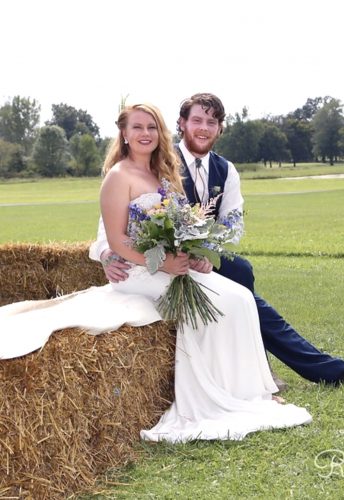