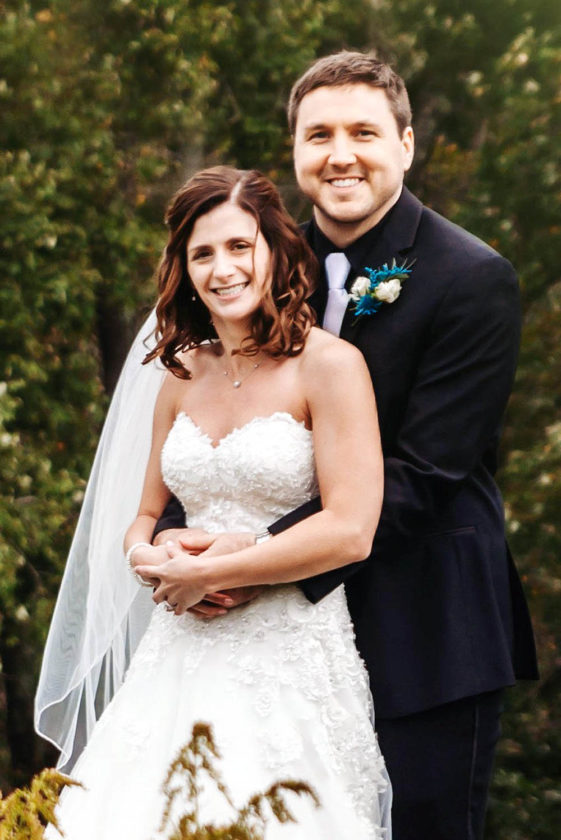 The bride is the daughter of Thomas and Christine Thompson of Salineville.

The groom is the son of Dennis and Lisa Meyer of Antwerp.

The bride, escorted by her father and given in marriage by her parents, wore an ivory strapless ball gown with beaded lace appliques.

Ashley Shilot, sister of the bride, served as matron of honor in a teal dress. In matching color dresses were bridesmaids Ashley Wallace, Elizabeth Cuic and Kristen Sitcler, the groom’s sister.

Music prior to and during the ceremony was provided by M.J. Ludwig and Grant Board. A reading was given by Ben Christopher.

Approximately 180 attended the reception at Mr. Anthony’s Banquet Center in Boardman. The rehearsal dinner was at Lock 24 in Elkton.

The bride is a graduate of Southern Local High School and graduated with a Master of Public Health from Youngstown State University. She is employed at the Ohio Department of Health.

The groom is a graduate of Antwerp Local High School and graduated with a Bachelor of Science in Molecular Genetics from The Ohio State University. He is employed at Highlights for Children.

After a honeymoon in Hawaii, the couple resides in Dublin, Ohio.