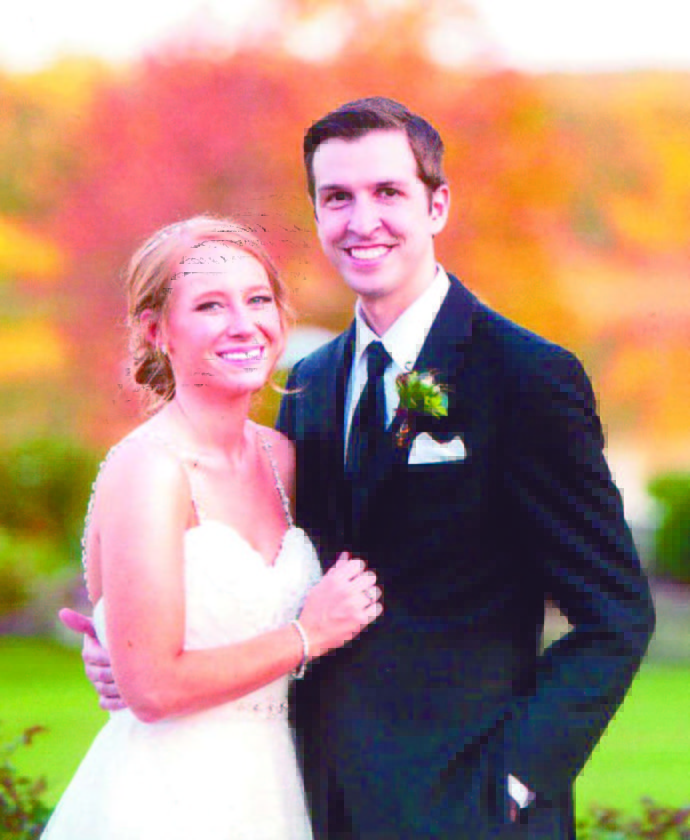 COLUMBUS — Emily Devon became the bride of Dr. Jason Young on Sept. 22, 2017 in the Christman Hall of Stambaugh Auditorium, Youngstown.

The bride is the daughter of Bill and Sue Devon, Calcutta.

The groom is the son of Steve and Michele Young, Akron.

A reception for 150 guests followed at The Lake Club.

The bride wore a Stella York gown of lace with French tulle gathered at the sweatheart neckline.

Abi Buchheit, Calcutta, served as the maid of honor, and Courtney Fridley, Westerville, served as the matron of honor. The bridesmaids were Monica Lorkowski, sister of the groom, Apex, N.C.; Ashley Hutton, Westerville; Jessica Herr, New Albany; and Janee Mays, Pasadena, Calif. Flower girls were McKenzie and Reagan Ash, cousins of the bride.

The bride received a master’s degree in environment and natural resources from The Ohio State University and is a restoration coordinator for The Nature Conservancy, Dublin.

The groom is a graduate of the University of Toledo College of Medicine and is a resident physician at Riverside Methodist Hospital, Columbus, and will be continuing his residency in ophthalmology at Indiana University in July.

The couple resides in Columbus.