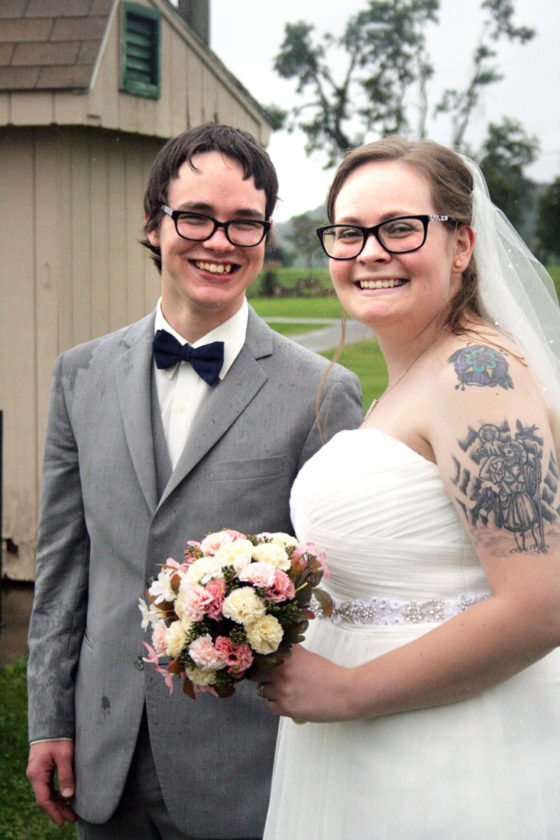 The bride is the daughter of Beth Berry, East Palestine and the late Chris Lattanzio. The groom is the son of Elvis and Julie Woolley, East Liverpool.

Westley Gravlin, brother of the groom, East Liverpool, and Megan Costanzo, best friend of the bride, Negley, stood as best man and maid of honor, respectively, to the couple.

Many family members helped with the ceremony and reception where the couple paid homage to the bride’s late father and the groom’s late brother, Cody Gravlin, as well as other family members who have passed on.

Following a honeymoon to Florida, the couple returned to their residence in East Liverpool where they are both employed by Columbiana Foods.