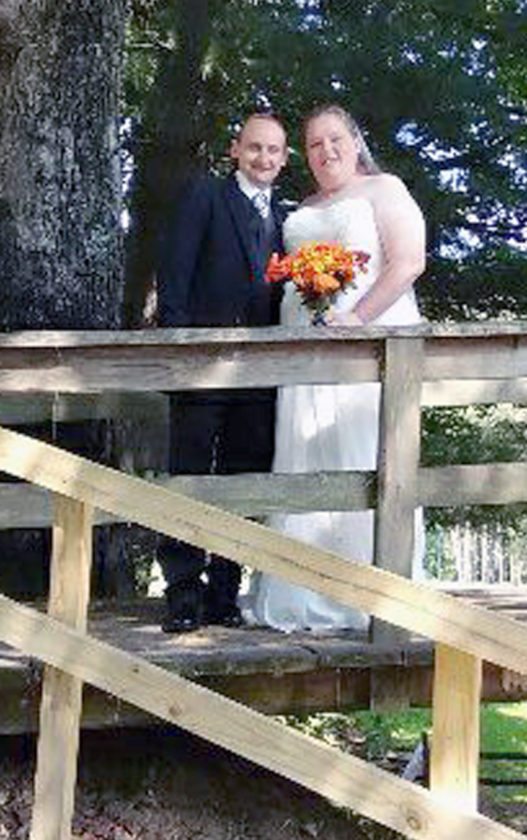 The bride is the daughter of Richard and Mary Scott, Wellsville.

The groom is the son of the late Tim and Marie Robinson, Rittman.

Escorted by her father and given in marriage by her parents, the bride wore a strapless white lace gown with jeweled applique along the top of the bodice and carried an autumn bouquet that she made.

Sean Scott, brother of the bride, served as best man; and Casey Robb, Wellsville, served as a groomsman.

A reception, for 65 guests, followed at the VFW, Wellsville.

Following a honeymoon in Amish Country, the couple reside in Wellsville.