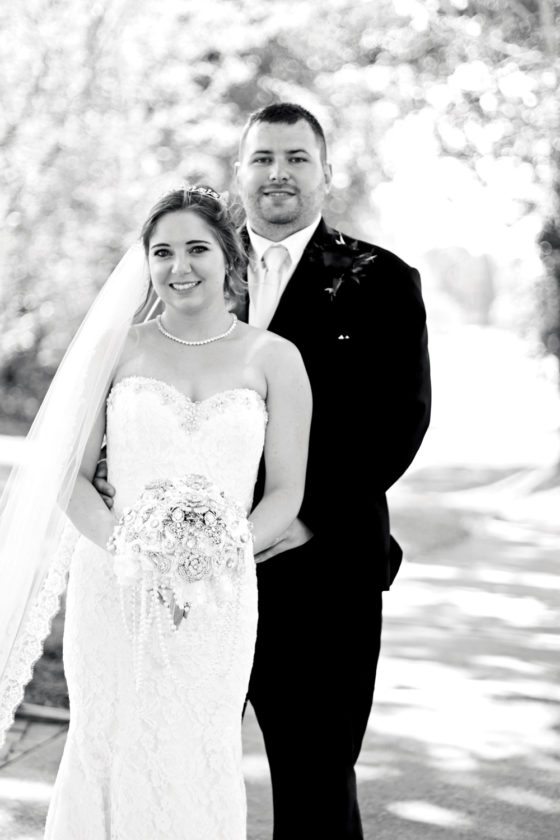 SALEM — The Alliance Country Club, was the setting for the June 24 outdoor ceremony uniting the lives of Victoria L. Altomare and Joshua C. Foor.

The couple recited their vows in a late morning, double-ring ceremony with the Rev. Bruce Rhodes, Jr officiating. Nuptial music was provided by the Alliance String Quartet.

The bride is the daughter of Richard and Connie Altomare of Salem. Her husband is the son of Cheri Foor and Tab and Darla Shaffer, all of Salem.

Escorted by her father and given in marriage by her parents, the bride was attired in a strapless, slipper-length mermaid styled gown of white lace and jeweled appliques along the top of the bodice. She wore a cathedral-length train and carried a broche bouquet that she made.

Alan Shaffer, brother of the groom, served as best man. Groomsmen were Nick Getsy, Boardman. friend of the groom and Ethan Altomare, Salem, the bride’s brother.

A reception followed the ceremony inside the ACC clubhouse in the ballroom. The newlyweds received the congratulations of 120 guests.

The couple spent their honeymoon in Jamaica and are residing in San Antonio, Texas.