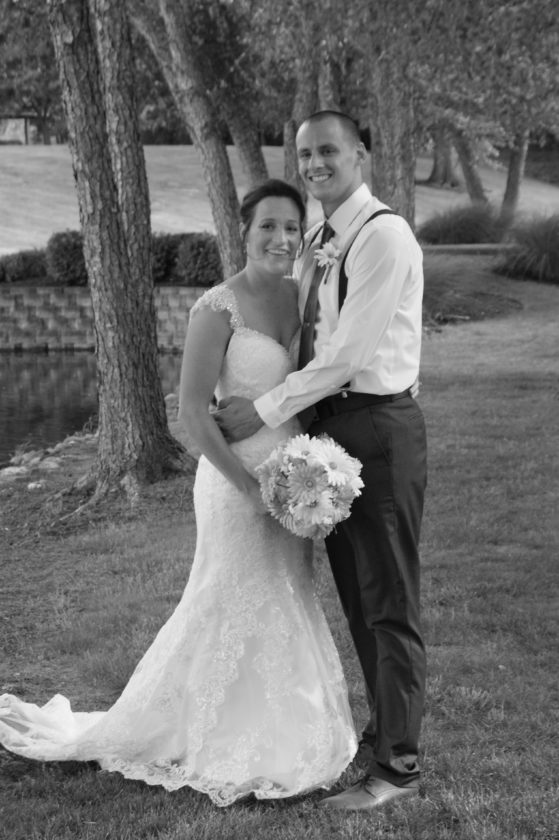 The bride is the daughter of Renae Unkefer, Salem, and Owen and Tresa Unkefer, Leetonia.

The groom is the son of Kenneth and Leslie Lude, Salem.

A reception with 250 guests was held at Brookside Farm following the ceremony.

The bride is a kindergarten teacher at Columbiana Exempted Village Schools.

The groom is a maintenance mechanic at GOJO Industries, Wooster.

Following a honeymoon to Barbados, the couple reside in Salem.