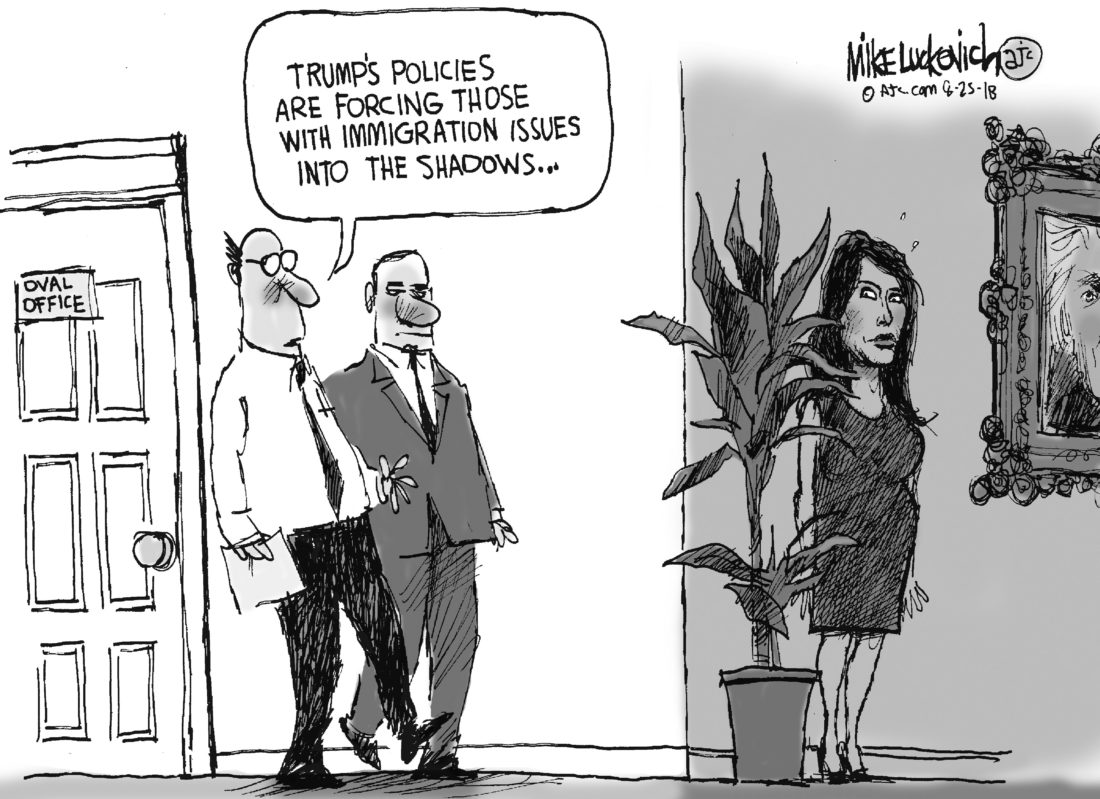 If only Joe McCarthy had lived to see this moment, when it is suddenly in vogue to attribute large-scale events in American politics to the hand of Russia and to inveigh against domestic subversion.

Robert Mueller released an indictment of 13 Russians for crimes related to their social-media campaign to meddle in our internal affairs in the run-up to and aftermath of the 2016 election.

Mueller obviously isn’t a McCarthyite, and can’t be held responsible for the hysteria — and hopeful expectations of an impeachment-level event — that has built up around his work. His indictment is, as far as anyone can tell, rigorously factual. That’s probably the point of it — to create a record of an episode that we should want to know as much about as possible and prevent from ever happening again.

The Russia campaign was a shockingly cynical violation of our sovereignty. President Trump would do himself and the country a favor by frankly denouncing it. But the scale of the operation shouldn’t be exaggerated. In the context of a hugely expensive, obsessively covered, impossibly dramatic presidential election, the Russian contribution on social media was piddling and often laughable.

The Russians wanted to boost Trump, but as a Facebook executive noted, most of their spending on Facebook ads came after the election. The larger goal was to sow discord, yet we had already primed ourselves for plenty of that.

Does anyone believe, absent Russian trolls on Twitter and Facebook, that we were headed to a placid election season involving an incendiary, mediagenic former reality TV star bent on blowing up the political establishment and a longtime pol who had stoked the enmity of Republicans for 30 years and was under FBI investigation?

If you read the indictment, you might think the Russians were everywhere, not only advertising on Facebook (“Trump is our only hope for a better future”; “Ohio Wants Hillary 4 Prison”), but organizing rallies around the country. But it’s not clear these rallies even came off.

The New York Post couldn’t find any evidence of planned pro-Trump and anti-Hillary rallies in New York — not exactly a swing state — in June and July of 2016. Pictures and videos that appear to be from Russian-initiated pro-Trump “flash mobs” in Florida show a handful of people in various cities. This at a time when Trump was routinely holding rallies with thousands that garnered lavish media coverage.

The biggest Russian rally success appears to have been an anti-Trump event in New York after the election; it drew 10,000 people. This hardly means that the #resistance was corrupted by Russian influence. Without Kremlin involvement, half a million women marched against Trump in Washington, D.C., and more than 3 million around the country.

The Russians didn’t do anything to us that we weren’t doing to ourselves, although we were doing it on a much larger, more potent scale. The Russians are just aping the arguments we are already having with one other, and the sewerish level of much of the discussion on social media.

The New York Times ran a report the other day on Russian bots, in the immediate aftermath of the Parkland shooting, posting on Twitter about gun control. It’s hard to believe this is going to rip apart the American body politic when many perfectly respectable, red-blooded Americans themselves advocate for gun control, and often in the immediate aftermath of shootings.

In a better world, Trump would be less defensive about the Russian investigation, and his opposition would be less obsessively invested in it (at least until such time that it produces a genuine bombshell). We should seek to shut down Russian influence as much as possible, without losing perspective. We aren’t divided because of Russia; we’re divided because we have genuine, deeply held differences. The fault, to the extent there is one, isn’t with the bots, but with ourselves.