One of the brightest moments in the sparkling Hilltopper diamond history played out 30 years ago.

It was in 1990 that West Liberty captured the WVIAC/NAIA District 28 Tournament crown en route to gaining a NAIA World Series berth. Coach Bo McConnaughy’s charges had to work extra hard to pocket that conference championship, doing so by winning six straight tourney contests.

The Hilltoppers capped their conference run with a 7-6 nod over West Virginia Wesleyan. It marked the sixth consecutive NAIA District 28 title for the Black & Gold.

The Hilltoppers punched their ticket to the World Series in Lewiston, Idaho with a 9-8 extra-inning win over homestanding USC Spartansburg in Spartanburg, S.C., in the NAIA Area 7 championship game. George Yanchek, a Brooke High product, delivered the game-winning hit in the bottom of the 10th.

It was the Hilltoppers’ school-record 15th straight win on the way to 33 wins that season, also a school record.

“We felt confident going into the season. We had a good group back and some promising younger players,” McConnaughy said.

“We had a team where if one player wasn’t getting it done, someone else picked them up. Everyone contributed…even the bench.

“A funny thing about that season. Midway through we were on the bubble of making the tournament,” he added. “We lost the second game of a doubleheader with Bluefield. So I had a little talk with the team…it lasted an hour. The next thing you know, we won 15 straight games.”

Mattern, a 1986 graduate of East Liverpool High School, was a senior pitcher and the ace of the staff. He led the Hilltoppers in innings pitched (64 1/3), strikeouts (47) and complete games (7).

“Our team was a group friends. We worked hard, played hard and enjoyed the game. Whatever Coach Bo said, we listened and responded. It seemed like we had a new hero every game, and everyone just loved being part of this great season,” Puskarich said.

The Hilltoppers were the recipients of a tough draw at the World Series. They were pitted against Auburn-Montgomery which featured three All-Americans. WLU fell by an 8-4 count.

“They treated us great (at the World Series). We had a country club dinner event to kick it off. Then MLB American League President Dr. Robert ‘Bobby’ Brown was the guest speaker. He spoke of work ethic and building strong character. Each head coach spoke about their team,” Puskarich said. “I remember how Bo spoke highly of our team’s character and how we won as a team. It was a top-notch event that made all of us feel like we accomplished something great — and we did.

“During the opening ceremony, fans lined up for autographs which was a great experience. The talent was top tier. Grand Canyon and Dallas Baptist are now good NCAA D1 programs,” he said. “The games were tight. We played well and if a few breaks go our way we would have advanced. Overall, it was a great experience that I will never forget.”

Morrison, who went onto a stellar career coaching at Toronto (including a state title), boasted a big bat for the Hilltoppers that spring. He also relished the team’s achievement in 1990.

“It is easy to win but for some reason we struggled annually in the regional tournament. It was a magical ending to the season. We had to win our last eight league games and barely snuck into the tournament,” Morris noted. “Then we won seven straight to go to the World Series. We were so happy for coach Bo. He was a hell of a coach who knew how to push our buttons. We had great teams from 1985-1990. It was an Era of Champions for sure.”

“After knocking at the door for five straight seasons, I can’t explain the feeling after we won the Area tournament. No one thought we could do it,” McConnaughy said. “The World Series was a tremendous experience. They only bad part was the travel. We had to take two planes to get everyone there.

“They treated us like kings. One of the nice things was one of the coaches there told us you (West Liberty) definitely deserved to be there,” he continued. “We earned their respect.” 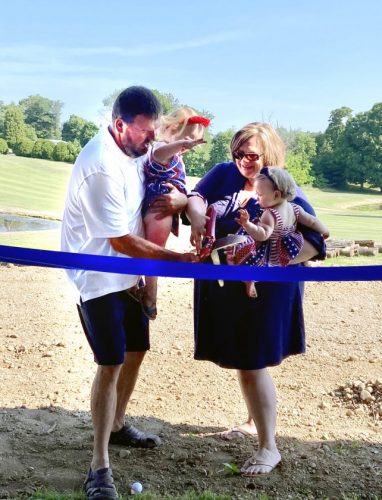