Beaver Local vs. Fitch is must see TV 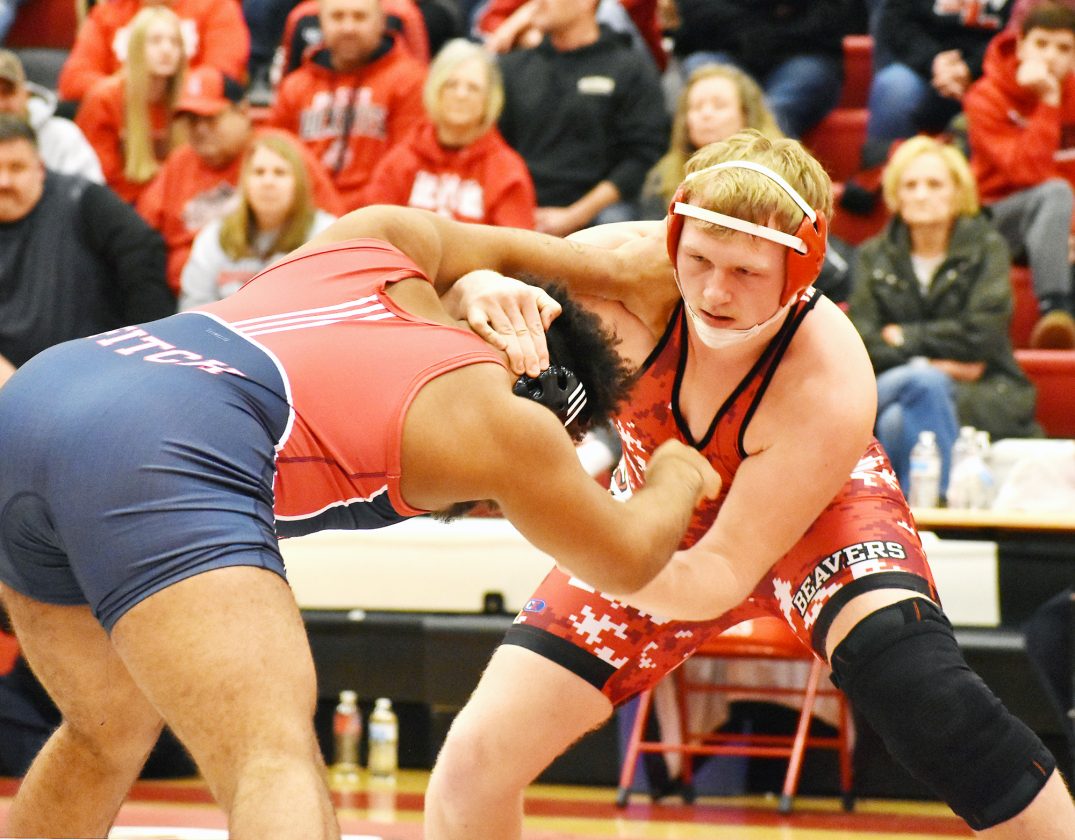 CALCUTTA — When you talk about wrestling programs steeped in tradition, two of the best anywhere are Beaver Local and Austintown Fitch.

And the Beavers and Falcons put on quite an Eastern Ohio Wrestling League show for the fans when they collided before a live television audience in the Beavers’ gym Wednesday night.

When the smoke cleared, it was Austintown Fitch that emerged with a 36-34 win over the Beavers after recording a pin in the final bout of the night.

“That’s a rough one to lose a close match like that,” said Beaver Local coach Johnny McComas. “It looked like it was going to go our way there and we were going to pull it off, but we just can’t let this (affect our end goal for the season.”

The Beavers trailed much of the match but chipped away at the Fitch lead and took a 34-30 advantage in the next-to-last match of the night when standout Skyler Lasure pinned Fitch’s Dom Hileman in 1:28.

It set up a winner-take-all final bout between the Falcons’ Jacob Smail and the Beavers’ Alex Solansky.

Smail decided the outcome when he pinned Solansky in 1:31 of first period and Fitch walked out with the hard-earned two-point triumph.

How close was it? Both teams won seven individual matches, including three matches each by pin, but Beaver Local also lost a match by forfeit.

“It’s a road bump so our kids need to realize what we need to work on and this has no affect on the goal that we want to reach at the state tournament this year,” said McComas.

The match started at 195 and Fitch took an early 3-0 team lead when Falcon Austin Grate decisioned Nicholas Wukotich, 4-1, and at 220, Fitch’s A.J. Winterburn pinned Payne Allen in 1:29, increasing their team lead to 9-0.

The Beavers got on the board at 285 when Daniel Wirth pinned the Falcons Joey Perez in a 5:53, cutting that deficit to 9-6.

The Fitch coach knew the overall match would come down to some key individual matchups.

“We were just hoping for it to be a competitive dual because we’re wrestling against a very good program in Beaver Local who is top to bottom tough,” he said.

Beaver Local stopped the Fitch run at 120 when standout Mark Emmerling scored a major decision over Marc Judy, 10-1 as the Beavers closed the team deficit to 19-10.

Fitch responded with a at 126 when Colin Roberts recorded a 26-11 technical fall over Jaymin Salsberry as Fitch went up 24-10.

Beaver Local again cut the deficit to 24-16 when John Woodburn pinned Fitch’s David Shannon in 2:51 at 132.

At 138, Beaver Local standout Logan Ours decisioned Tyler Lintner, 10-4 as the Beavers drew within 24-19 and at 145 Fitch’s Zach Richards broke a scoreless tie when he pinned Jonathan Potts in 2:46 and Fitch went up 30-19.

“Zach Richards had a huge pin for us,” said Burd “and obviously it came down to Jacob (Smail) there, but there were a lot of other great efforts in defeats for us, like staying off our backs and keeping close matches to decisions and that was key.”

At 152, the Beavers’ Devon Salsberry Fitch’s decisioned Dom Miglets 6-1 and the Beavers closed to within 30-22 of the Falcons.

At 170, Beaver standout Skyler Lasure pinned Dom Hileman in 1:28 as the hosts went up for the first time, 34-30, setting up the final deciding match that the Falcons won.

“Our mentality was let’s just go do the best we can and compete at a high level,” said Burd.

• Beaver Local has been wrestling without three-time state runner-up Cole McComas (knee), who is expected back for the tournament season, if not sooner. McComas was watching Wednesday’s match in street clothes.

• With the win, Austintown Fitch improved to 13-2 overall, while the Beavers are 11-3. Both teams trail EOWL-leading Louisville in the EOWL standings.

“We just need to keep our heads on straight and come ready to put the work in and get it done at the end of the season,” Coach McComas said.

• The match was televised live on MyYTV.

• The Beaver return to action next Wednesday when they host the Boardman Spartans.

YOUNGSTOWN - Interim Executive Director of the OHSAA Bob Goldring said Tuesday that it will be up to the individual ...

Football to the spring. It's flown off of people's lips and on their social media accounts. With the COVID-19 ...