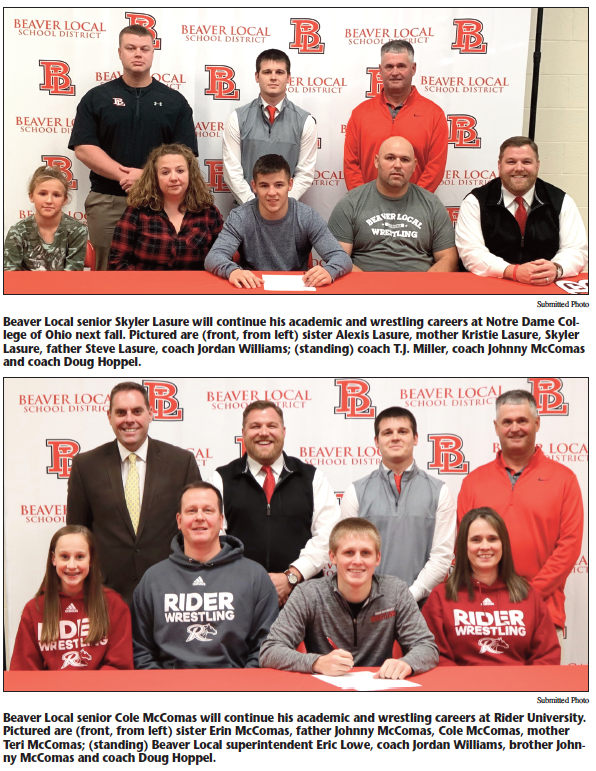 “I couldn’t be more proud of Cole and his decision to continue his academic and athletic career at Rider University,” Beaver Local coach Johnny McComas said. “After meeting Rider’s coaching staff I knew it was going to be a great fit for him. Cole loves the process, he loves working hard and doing the little things it takes to be great. His work ethic and mental toughness will allow him excel at the next level. It’s really good to see all of his hard work paying off. The sky is the limit for Cole, I’m excited to be apart of it all.”

Lasure holds a 118-31 career mark at Beaver Local and has placed three times at state. In addition he has two third place finishes at the OVAC tournament and is a two-time EOWL champion.

“I am extremely proud of Skyler and his college decision,” McComas said. “Notre Dame will be a great fit for him. Skyler loves to compete. His love for the sport and his unique ability will allow him to excel at the next level. I’ve watched Skyler grow immensely throughout the years and I’m excited for what the future has in store for him. I have no doubt Skyler will have a national championship ring on his finger and diploma in his hand one day.”