The Warriors went 6-0-0 in the Eastern Buckeye Conference for another championship.

Lexi Biery had three goals and one assist and Emma Egli added two goals. Jillian Pidgeon and Haley Jones each had one goal.

Makenna Lins had two assists and Pidgeon one. Taylor Slagle and Kamryn Briceland combined for the shutout in goal.

Sam Moore had eight saves in goal for the Quakers.

Zach Jewell and Luke Medure led the way with three goals apiece as the Eagles improve to 15-1.

Kade Blake added a goal and an assist, while Dylan Thompson and Kaleb Shinn each had one goal.

Second-seeded United will host either East Palestine or Waterloo in a Div. III sectional final next Saturday.

Gabe Heinrich and Ashton Kakavros each landed three goals for the Clippers. Collin Schick dished out a pair of assists, while Drake Daugherty had one assist.

Leading the scoring for the fourth-ranked Raiders was Logan Weaver with three goals and Luke McConnell and Quinn Pierson with two each.

Camden Thomas, Tom Landry and Johnson each had one goal.

Thomas had three assists, while Weaver and Landry each had one.

The Raiders close the regular season at 14-2 and will await either St. Thomas Aquinas or Campbell in a sectional final next Saturday.

NEW MIDDLETOWN — The Springfield girls soccer team booted Crestview, 5-0, Wednesday to finish the regular season with a 15-1 record, the best in the program’s history.

Springfield got strong play from the back of their line up, not letting many balls through. Rebecca Catlos ended up with 3 saves.

On the offensive end, the Tigers Macy Centofanti got the scoring started with an early goal. They also got three goals and an assist from Kylee Kosek, a goal and an assist from Gianna Latronica, and Kaila LaMorticella and Brionna Holt each had an assist.

CALCUTTA — The Beaver Local wrestling team put on a show in a 57-18 win over Boardman on senior night ...

From Staff Reports BELOIT — West Branch connected on 11 three-pointers, but only needed a couple ... 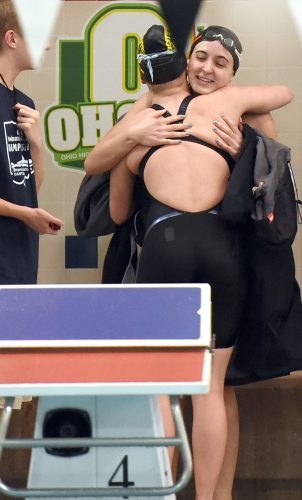 Quakers get another shot

SALEM — In an up-and-down season that has seen plenty of close finishes, it was only fitting that Salem’s ...

Protecting the Amish population in Ohio