It’s Salem and everybody else 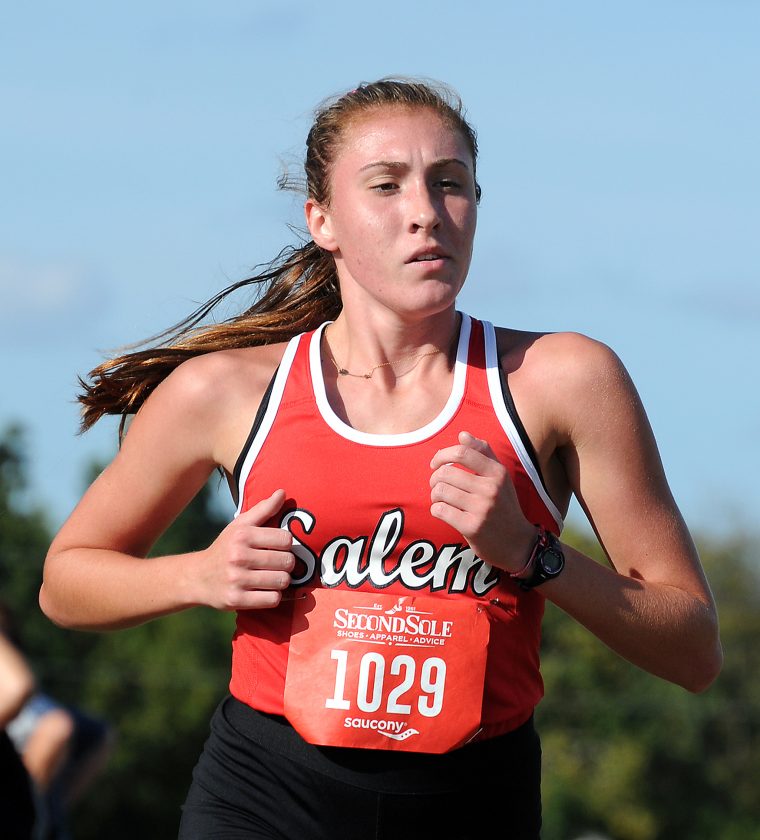 COLUMBIANA — The Salem Quakers run as a team and win as a team.

“It’s exciting to come out and run the county meet,” Salem coach Ted Yuhaniak said. “They (the boys and girls) came into the county meet with a focus I’ve never seen.”

“We wanted to win as a team and keep the streak alive,” Christopher said. “We want to win as many championships as we can and keep the excellence going at Salem.”

The Salem girls, highlighted by junior Carly Hall’s runaway victory, made it six county titles in a row with 24 points. The East Palestine girls were second for the third straight year with 56 points.

“It’s always a given we want to win county,” Hall said. “Salem’s doesn’t want to lose county. We always want to be held to that standard.”

The team and individual races were never in doubt Tuesday.

“We knew they would be in the front,” Yuhaniak said. “You wouldn’t believe how team-driven they are. That’s fueling them, although I don’t think they know it.”

Christopher covered the 3.1-mile course at Columbiana High School in 17 minutes, 15 seconds. Twin Cameron Christopher was less than 11 seconds behind in second place and Jacob McLachlan was third.

“It was a hard race,” Christopher said. “Everyone came out and ran a good race. I didn’t have a PR (personal record), but some other guys did.”

“They wanted to come out and run hard,” Yuhaniak said. “The big thing is they are working at running as a group and they did that today.

Cameron Christopher led for the first part of the race before Hunter took over.

“I just wanted to bring some of my teammates with me for the first mile,” Hunter Christopher said. “Today we were able to do it. It was really good to run with my teammates.”

He becomes the boy to win three Columbiana County individual titles since East Liverpool’s Mark Montgomery won four in a row from 1999 to 2002.

“A lot of the credit goes to the team. If I was by myself, I don’t think it would happen.”

He said the Quakers were still riding high from their showing in the Spartan Invitational on Saturday.

The Salem girls opened the day by winning their 25th county title in 29 years.

“You can never go into a race knowing you’re going to win. I really wanted to run for my team today. We all worked hard and relied on each other.”

Hall won the girls race by 77 seconds with a winning time of 20:15, breaking the Columbiana High School course county mark of 20:25 set by United’s Allison Parks in 2013.

“I knew it would be slow with the conditions today,” Hall said. “We ran Saturday and (Tuesday). My legs are beat down and I’m at max mileage (about 50 miles a week).”

Winning the county meet is always expected of the Quakers.

“The kids we have back came through with Coach (Rob) Motz and are leading this team,” Yuhaniak said. “They want to keep it going.”

It all starts with a hook and a worm

It’s time for me to get back to fishing basics, and by basics, I mean a simple hook and a worm. I’ve read a ...

Clipper is a shoe-in

NASCAR in Atlanta HAMPTON, Ga. — NASCAR is racing to Atlanta Motor Speedway this weekend with three races in ...

Football lessons learned from the 1918 pandemic

The image is striking: Fans watching a college football game in the midst of a pandemic, wearing masks with a ...