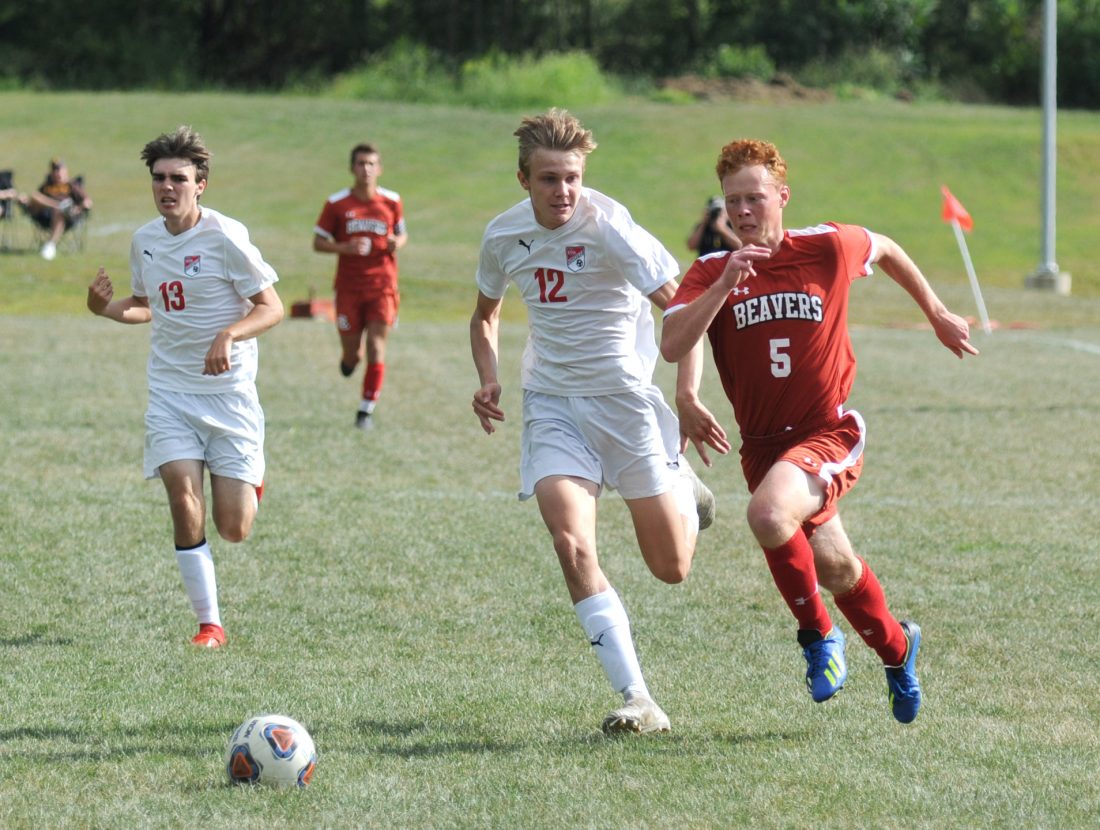 CALCUTTA — Beaver Local’s boys soccer team got off to a slow start but the Beavers overcame a late Salem rally to earn a 3-2 win on Saturday at Beaver Local High School.

The start of the game was delayed 20 minutes because of a late arriving official.

The Beavers got on the board first as Eli Dieringer tallied on an assist from Josh Williams about a half hour into the first half.

Austin McCoy added an unassisted goal in the second half to push the Beaver lead to 2-0.

Salem came back with two goals from Ar Sharma and Hunter Griffith midway through the second half to tie it at 2-2. Jacob McLachlin had one assist for the Quakers. Max Kemets had seven saves in goal.

Alex Miller scored an unassisted goal with five minutes left to lift the Beavers to victory.

Ashton Bowser had six saves in goal for the Beavers who host Brooke at 5:30 p.m. on Monday.

The Quakers have been outscored 16-3 in four losses this season.

Kenzie McKinnon scored on a penalty kick for the lone Potter goal. Alessandra Ferrazzano had 21 saves in goal.

East Liverpool falls to 0-4 and will be at Indian Creek on Monday.

Samantha Wolfe gave the Eagles the only goal they needed six minutes into the first half when she scored off a pass from Morgan Briceland.

United keeper Madelynne Brieck preserved the shutout with a diving stop in the final 15 minutes as part of her six-save effort.

The Eagles are at Newton Falls Tuesday.

The Warriors open league play on Wednesday at Marlington.