No. 1 next for South Range 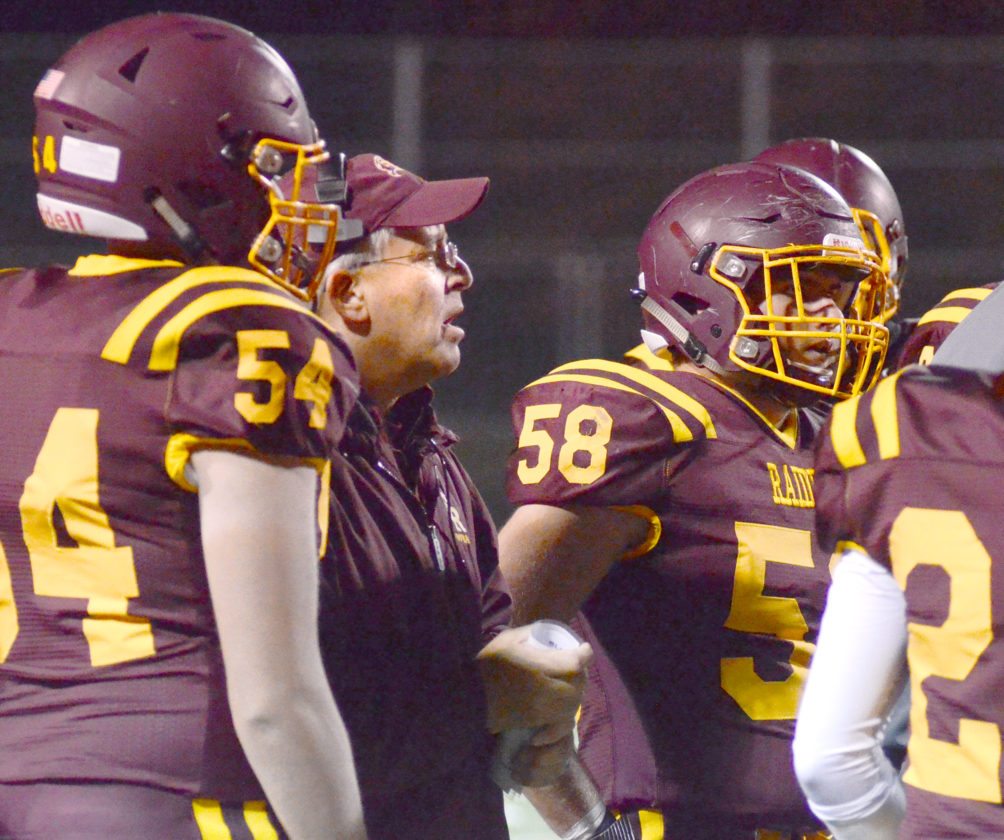 GREENFORD — Just one team now stands between South Range and a trip to the Division V state championship game.

After pounding Black River 40-16 on Friday to claim the Region 17 championship, the second-ranked Raiders (13-0) will meet the top-ranked team in Division V when they clash with the Pemberville Eastwood Eagles (13-0) in a state semifinal at 7:30 p.m. Friday at Strongsville’s Pat Catan Stadium.

The last time the Raiders made the state semifinals in 2005 they had to travel over two hours to Fremont for their game against Hamler Patrick Henry. This time around, the travel is more reasonable, as Strongsville is about a 75-mile trip. South Range will serve as the home team.

“I thought it was a pretty good draw for us,” South Range coach Dan Yeagley said. “The travel shouldn’t be a problem. It’s pretty close to halfway between the two schools.”

Eastwood is in the state semifinals for the first time in school history and is coming off a 35-0 win over Marion Pleasant in the Region 18 final. The Eagles were ranked No. 1 in every weekly state poll during the regular season. They edged the Raiders by eight points for the top spot in the final poll.

Yeagley said the Raiders didn’t wait long after Friday’s victory to start their preparation for the Eagles.

“We didn’t get home until late because we ran into some traffic, but I was talking to Pemberville’s coach while we were on the bus,” Yeagley said. “We started watching film last night, had practice Saturday morning and have kept watching film since.”

Pat Catan Stadium is located on the campus of Strongsville High School and has a capacity of 5,200.

“I’ve heard good things about the stadium,” Yeagley said. “I heard they just renovated it and put in new turf. We’re looking forward to playing there.”

• Pemberville is located on the eastern edge of Wood County, about 22 miles south of Toledo and 10 miles east of Bowling Green.

The last one was in 2010 when the boys track and field team repeated as Division II state champs. That year, Poland finished fifth and Salem sixth in the team standings.

• Dresden Tri-Valley is in the state semifinals for the first time under head coach Justin Buttermore, a West Branch High School graduate.

• Presale tickets for Friday’s state semifinal are $9. All tickets at the gate are $10.