Rebels back in comfort zone 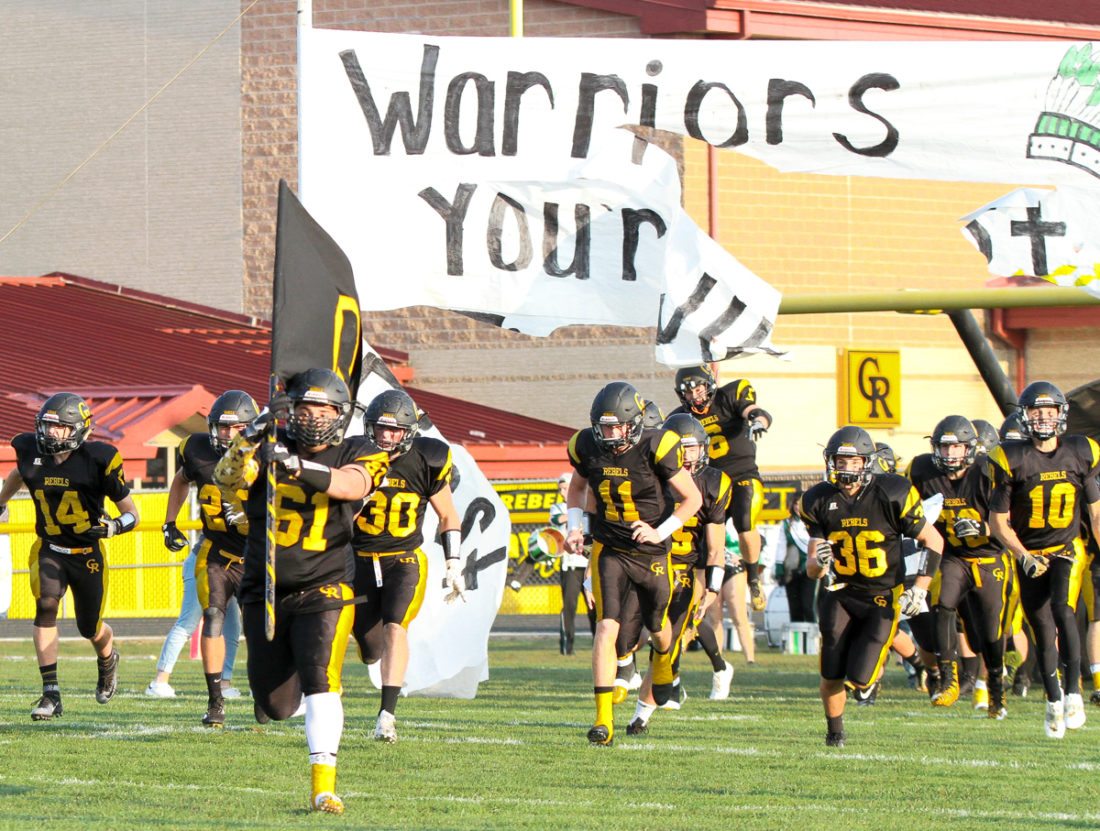 COLUMBIANA — A normal Saturday morning for the Crestview football team usually entails a bit of film study and some work in the weight room.

Last Saturday, however, the Rebels could be found loading up the buses for a 93-mile trip to East Cleveland for a 2 p.m. kickoff in the 90-degree heat against Shaw High School.

Such is life for the Rebels during their first season as an independent, a season which has forced the Rebels to confront some unusual circumstances.

“It was definitely different playing on a Saturday afternoon, it’s nothing like the feeling of playing on a Friday night,” Crestview senior Dakota Stratton said. “It was an adjustment for everyone.”

This week, at least, the Rebels (2-3) will be back on more familiar ground when they welcome rival South Range (5-0 and ranked second in Division V) to Crestview High School.

Both schools are playing out the next two seasons as independents after being left out in the cold following the breakup of the Inter-Tri County League. With longtime rivals Columbiana and East Palestine out of the picture for the foreseeable future, the Raiders are the only traditional foe still left on the Rebels’ schedule.

While the Crestview-South Range game has always meant a lot in terms of bragging rights and conference title implications, some Crestview players acknowledged feeling a little extra buzz this year.

“Yeah, I would say it’s a little bigger this year,” Crestview junior Dominic Perry said. “We’ve always been rivals with them and they’re pretty much the only local team we get a chance to play this year.”

“They’re our new rivals now, it’s the biggest game on our schedule,” Stratton said. “We take it week-by-week, but in the back of our mind we knew this one was coming. It’s going to be a battle.”

“I can’t even describe what this game means to me,” Crestview senior Danny Moore said. “For me, South Range has always been the biggest game of the year and now it’s even bigger.”

The Raiders represent another tough test on a schedule that poses a number of challenges for Crestview. Seven out of the 10 games this season pit the Rebels against a bigger school with defending Division VII state champion Warren JFK also thrown into the mix.

“If you play an independent schedule you have to play up a division or two in a lot of weeks,” Crestview coach Paul Cusick said. “That’s just something we have to deal with and try to get better. The tough thing is that it takes its toll on you. One of our main problems has been depth this year. You get a couple of guys banged up for a series or two and all of a sudden you have to start relying on some really young guys. We just have to battle through it and keep trying to get them up to speed.”

The Rebels enter Friday’s game in 13th place in Division V, Region 17 having lost their last two games. They squandered a 14-0 halftime lead against JFK by allowing 28 unanswered points. Turnovers were the main story last week against Shaw, as the Rebels threw six interceptions and lost a fumble.

“We had some opportunities to put the ball in the end zone last week and we couldn’t take advantage. Give Shaw credit, they were good defensively,” Cusick said. “Offensively, we have to pick it up this week and eliminate the turnovers. Our offensive line and our backfield also need mesh better. Defensively, I think we are playing well. We put them in some bad situations last week with short fields and they really responded.”

Moore said the Rebels attitude hasn’t dimmed with the back-to-back losses and believes the team’s best football still lies ahead.

“The outcomes haven’t been what we wanted, but we’re competing the best we can,” Moore said. “I think we’re going in the right direction, we just have keep trying clean up the mistakes and work to get better every week.”

Rather than gripe about their current situation, Cusick said the Rebels chose right from the beginning to attack the season with a positive mindset that has carried through week after week.

“Overall, the guys have been really positive this season, I haven’t heard anyone complaining,” Cusick said. “They’ve accepted the challenge and they’re going out and competing hard. There’s no doubt about that.”

“As seniors, we view this season as a chance to get the program back on the right track. That’s what we’re all working towards,” senior quarterback Caleb Hill. “No matter who we’re playing we want to go out every week with the right attitude and compete as hard as we can. When the season is finished, we want to leave knowing the program is in a good place going forward.”

Although it may not always be reflected in the short-term results, Cusick believes that going through the rigors of a season like this will ultimately help the Rebels down the road.

“When the season is over and we take a step back to assess everything, I think we’ll find that we’ll be better for going through it,” Cusick said. “Each week you are being exposed to a different style of team and a different level of football. I think that’s ultimately a good thing for us.”

As the season has gone on, the Rebels said they haven’t paid much attention to what many of their old opponents are up to in the Eastern Ohio Athletic Conference. The focus has instead been on things that directly affect the team this season.

“No, I don’t follow the new league at all to be honest,” Cusick said. “I don’t even read the articles on the games unfortunately. It’s wrong what happened, but we have to move on and deal with it. We’ll have a new home (the All-American Conference) in two years and we’re happy to be there.”

“We don’t really worry about what everyone else is doing,” Hill said. “I think, as a unit, we have to worry about what’s going on in our locker room and in our huddle versus what other teams are doing. It doesn’t really make a difference as far as our season is concerned.”

From Staff Reports SALEM—The Salem girls basketball team got its tournament run off to a flying start with a ...

From Staff Reports COLUMBUS—It was a brief appearance for the South Range wrestling team at the Div. III state ...

CANTON—Crestview’s Rachel Klem will be heading to the Div. II state swimming meet after earning an at-large ...