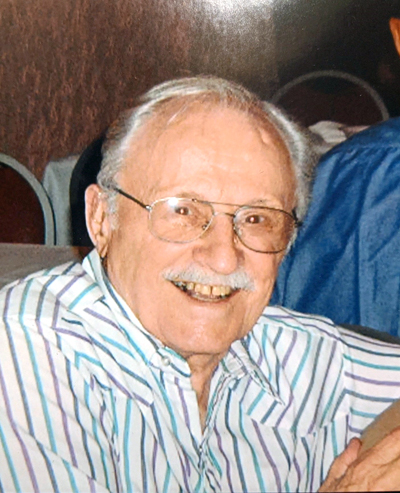 Warner was a World War ll veteran who served in the United States Navy, held the rank SS2C Seaman 2nd Class served on the AIRCRAFT- CARRIER, USS CASABLANCA CVE-55 Helmsman FROM 1943-1946. And a stint on the Battleship USS TEXAS BB-35 his military SS2C MOS- helmsman, signalman, and artillery from 1942 -1946. Warner had a youthful passion for thoroughbred horses. And trained horses in New Hampshire. At Rockingham Park where he met his soul mate, our mother, Norma, who was from New Hampshire. Our dad, also, trained thoroughbred racehorses in Arizona, California, Massachusetts, New Hampshire, New Jersey, New Mexico, New York, Ohio, West Virginia and Texas for Senator Red Berry of Texas and Fred Astaire in 1950’s and early 1960’s.

In March-April of 1984, Warner had an encounter with the Living Christ, God’s only begotten Son, and bowed his knee and his heart and repented of sins believing upon LORD Jesus Christ to be his personal Savior and LORD, also, water baptized and baptized filled with Holy Ghost until the DAY he lay down and slept with his fathers. Warner was a soul winner a General In the Army of the Most High God. He enjoyed sharing the gospel of God and the saving knowledge of Jesus Christ with any and all that had an ear to hear. Warner also was a member of Pilots for Christ for many years. Also, the International Fellowship of Christians and Jews as a Patriarch Fellowship ABRAHAM MEMBER for more than ten years. Warner road motorcycles and mountain climbing DIRT bikes after returning home from his service to this nation. Enjoyed throwing the baseball around with his boys, fly fishing for trout, tying flies, fishing with his wife and sons was a pheasant and deer hunter for years. Had an on-going interest and passion for working with his hands from construction to sewing leather tack, sketching and drawing he was an artist.

A private committal service with Military Honors will be conducted at the cemetery for family. We ask that all monetary gifts go directly to: Word of the Lord Ministries, Rev. David Johnson PO Box 655 Waupaca, Wisconsin 54981-0655. That the Great Commission might be fulfilled and that it might honor our LORD, Jesus Christ and our Heavenly Father and fulfilling the wishes of OUR DAD WARNER HALE!

Arrangements were entrusted to the care of the Arbaugh-Pearce-Greenisen & Sons Funeral and Cremation Services, Salem.