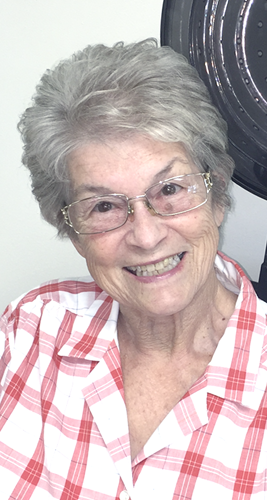 Helen was a graduate of the East Palestine High School, class of 1948. She was a member of the Negley United Methodist Church.

Raised as part of the Greatest Generation, Helen was humble, kind and always put the needs of others first. Helen was the epitome of the family. Her home and her family were Helen’s greatest joys. Her strong passion and love for her family guided and helped her to raise nine children. When her children were young, she served as an aide for the former Negley Elementary School, and a gold star Avon Representative. Later in life, she served as the head cook for Meals on Wheels in East Palestine.

A simple life of small pleasures, good old-time country music, sitting on her swing and yard sales brought her much delight. Over the years, her home made a pleasant stop for several generations of family, friends, and neighbors who would most likely find her on the swing in the yard or in the kitchen.

She was preceded in death by her loving husband Harold E. Gorby, Sr., on May 4, 1999, and first husband, Milton (Mitch) F. Mahon, on March 24, 1957 as well as a daughter, Gayle A. Rosenbaum and son, Herbert J. Mahon and three brothers, Earl L. George, Paul W. George and Chuck H. George.

Her spirit is carried on through her children; Jay A. (Yvonne) Mahon of Leetonia, Wesley L. (Lisa) Gorby of Leetonia, Susan M. Gorby of Negley and Margie J. Gorby of Negley; daughter in law, Elizabeth Viola Mahon of Negley; two granddaughters, Felicia G. (Brooke) Zellers of Salem and Heather M. (Chad) Drane, who she delighted to share her birthday, were also lovingly nurtured in the home of Helen and Harold Gorby; 15 grandchildren and 12 great grandchildren and three great great grandchildren complete the family. Also surviving are three stepchildren, Harold “Hal” (Rhonda) Gorby, Jr. of Salem, Cindy K. (Mike) Davis of Rogers and Mike A. (Holly) Gorby of Leetonia as well as a brother, Jim A. (Sylvia) George of Rogers and three sisters, Delores I. “Becky” Boyles of East Palestine, Jean C. (Jim Fender) George of Leetonia and Judy A. George of East Palestine and her best friend, Gerry Uebelacker.

The family will receive friends at the Linsley-Royal Funeral Home in East Palestine Monday from 2-4 and 7-9 PM. A funeral service will be held 11:00 AM Tuesday at the funeral home with Cindy Figley from the Negley United Methodist Church officiating. Interment will follow at Mt. Zion Cemetery.