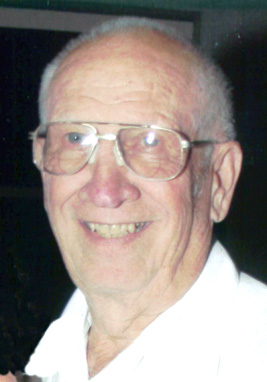 He was born on November 1, 1928 in Youngstown, a son of the late Martin and Anna Entzi Wolf and had lived in this area most of his life.

Sonny had worked as a truck driver for 60 years and worked for various companies including Adamson Tank Co., Aristech Chemical and Nulfco. He was a member of Grace Lutheran Church in East Palestine and enjoyed being Assistant Scout Master of Unity Troop 39.

He was preceded in death by his son, Dale Wolf, sisters, Anna May Schuller, Ruthie Norris and Susie Walker and a grandson, Ian Wolf.

The family will receive friends on Tuesday, May 26, 2020 from 12:00 pm – 2:00 pm at the Van Dyke-Swaney-Rettig Funeral Home, East Palestine where social distancing will be encouraged and mask protocol is suggested.

Services will be held on Tuesday, May 26, 2020, at 2:00 pm at the Van Dyke-Swaney-Rettig Funeral Home, East Palestine, with Cindy Figley officiating.

Memorial donations may be made to Ohio Living Hospice.

Arrangements have been entrusted to the Van Dyke-Swaney-Rettig Funeral Home, East Palestine.

The plane, the plane

Elections board reopens to public