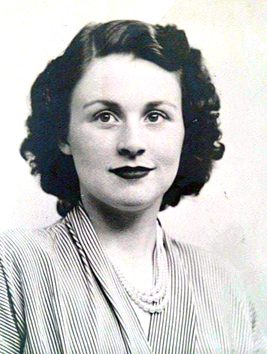 Columbiana — Marjorie Turner passed away on Saturday, May 16th at the age of 89 at Windsor House at St. Mary’s Alzheimer’s Center.

Marjorie was born to Luke and Gertrude (Horrocks) Byrne on July 17, 1930 in Manchester, England. Near the age of 10, she was evacuated to survive bombing of Manchester during WWII. When she was older, she became a member of the Women’s Land Army.

She married in 1952 and settled in Ellsworth, Ohio in 1959. Marjorie raised, and is now survived by, five children: Cherylynn (Lawrence) Valentino of Beloit, Sheldon Turner of Carrollton, Robert (Jennifer) Turner of Milford, Rosalynd Turner-Parent of Greenford, and Kerry (Daniel) Pompilli of Youngstown. Marjorie would come to be “Nana” to seven grandchildren and three great-grandchildren.

Once her children had grown, she came to realize empty nesting was never part of her plan, and she promptly kept the best of company with her beloved cats Toonces, Edgar, Alan and Minter, just to name a few.

Before the onset of Dementia, one could often find Marjorie playing trivial pursuit or UNO with her four local grandchildren. She kept her TV loud, her glass of Sherry warm and her Manchester accent sharp as the day she left home for the States. Marjorie loved music and enjoyed singing. Her wit, sense of humor, and the mischievous twinkle in her eye that would appear when recounting stories of her youth are just the beginning of what her family will miss most about Marjorie. Thankfully, the dementia would never succeed in depriving her of that beloved sense of humor.

The family would like to extend their heartfelt thanks to the staff of St. Mary’s for the care Marjorie received during her stay.

The Seederly-Mong & Beck Funeral Home in Columbiana, Ohio was entrusted with the arrangements.

Family and friends are invited to visit www.seederly-mongandbeck.com to sign the guestbook or to send private condolences.