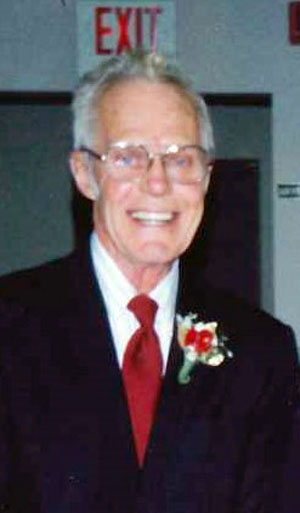 He was born in Rochester, PA, the son of Richard Scott and Mary G. Meany Weigle on December 19, 1929. The family moved to East Palestine in 1944.

He graduated from New Waterford High School in 1947 and enlisted in the Marines shortly after. He spent his time in the Marines at Quantico as an equipment mechanic and later taught tank mechanics repair to reserve units.

He spent many years working as a civilian mechanic in South Vietnam during the war and also in Kinshasa, Zaire, Africa. After returning to Columbiana County he worked as a mechanic for several local companies.

He was a member of the First United Presbyterian Church in East Palestine and the Cavite Lodge #2 F&AM in Cavite City, Philippines.

Besides his wife and parents, he was also preceded in death by brothers, Richard J. Weigle of Phoenix, AZ and Barry S. Weigle I of East Palestine; and a sister, Marietta B. Spaite of East Palestine.

As per Ed’s wishes, a private service and interment will be held at Crest Haven Memorial Gardens.

The family requests that memorial contributions be made to the First United Presbyterian Church of East Palestine, if desired.

The Linsley-Royal Funeral Home is in charge of arrangements.