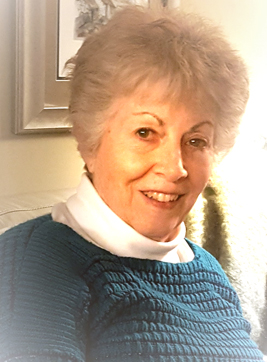 Carol Ann Benyi entered into rest on Tuesday, May 12, 2020, at the home of her “sister” in Lisbon Ohio, after an arduous battle with brain cancer. Carol was born on December 4, 1945 in Lima Ohio, the eldest child of Robert Allen and Margaret Ann (Alexander) Meffley, both deceased.

Carol married Roger Palmer in 1965; together they have one daughter Wendy. Carol married Andy Benyi in Athens Ohio in 1979 and was widowed in 2000.

Carol became one of Jehovah’s Witnesses and was baptized in 1974 in Tecumseh Michigan. She became fluent in Mandarin Chinese during her 5 years of teaching English in China. She later remained active as a Bible teacher in Akron, Youngstown and Athens Ohio Chinese communities.

Carol leaves behind her daughter, Wendy Majewski and Wendy’s husband Brian; grandsons, Ryan (Katina) Rager of Palm Bay Florida; Dillon (Brandi) Rager of Scio Ohio; and Dakota Rager of Cary North Carolina; three great-granddaughters, Lexus, Padem and Kynsleigh. She is also survived by her sister and husband, Jill and Ward Johnson of Simpsonville South Carolina and their four children, Tobin, Lukas, Robyn and Heather; by her brother Mike Meffley of Columbus Ohio, his 3 children, Amanda, Kyle and Michelle and his granddaughter, Sadie.

Carol has been a special friend, like a sister, to Elaine Rankin Nemenz Harris since the 1970’s. Elaine’s mother, Phyllis Rankin Donoghue became a spiritual mother to Carol in Cadiz Ohio, so that Elaine, Carol, and Elaine’s sister, Mary Louise Rankin Foster, all jokingly spoke of each other as “step-sisters.” Carol lived with Elaine and her husband, Dave Harris in recent years and spent her final weeks at the home of Mary Louise and Allan Foster, all in Lisbon Ohio.

Carol had been able to spend a year with dear friends in Athens Ohio in 2019. A memorial of her life will be held as an international videoconference on Saturday, June 6 at 6 p.m., hosted by the Athens Ohio South Congregation of Jehovah’s Witnesses with Rick Castrop presiding. Please contact Elaine Harris at 585 755 4173 if you wish to link into the memorial.