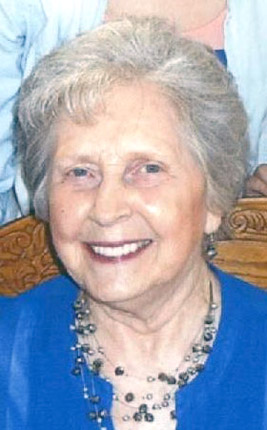 EAST LIVERPOOL — Gloria Cunningham Zehnder, 87, of East Liverpool, died Thursday, Jan. 9, 2020, at the Calcutta Health Care Center where she had resided for the past several years.

Born in Chester, W.Va., on Sept. 18, 1932. She was the daughter of the late Theodore and Hettie Reed Cunningham.

A homemaker, she worked several jobs over her lifetime, last working as the church secretary at the First United Methodist Church in East Liverpool.

She was preceded in death by her husband, Edward F. Zehnder; her son, Edward A. Zehnder, and her siblings, Ronald, Paul, Ted, Miriam, and Marvin.

Life celebrant Don Bangor will celebrate Gloria’s life at 2 p.m. Sunday at the Arner Funeral Chapel in Chester. Friends may call two hours prior to the service.