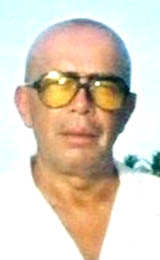 Born March 6, 1948 at East Liverpool, he was the son of the late Epitacio and Mary Compos Gutierrez. He spent the last 22 years living in East Liverpool moving here from Midland, Pa.

He retired from the former Crucible Steel Company in 1984 after 18 years and later worked at the Beaver Valley Nuclear Plant, retiring from there in 2017. A member of the Holy Trinity Catholic Church at St. Aloysius Parish in East Liverpool, he was a U.S. Army Green Beret, fighting in the Vietnam War.

A brother, Joseph Gutierrez, preceded him in death.

Per his wishes, there will be no visitation or service.

The Dawson Funeral Home in East Liverpool is in charge of arrangements.