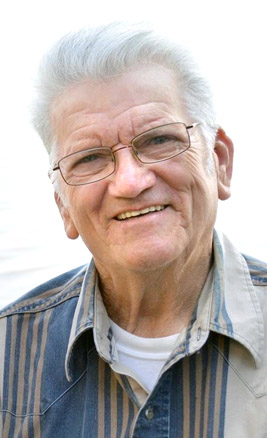 Kenneth Lyle Gates, age 82, went home to be with the Lord on November 5, 2019 surrounded by his loving family, after a short but brave battle with cancer.

Born in Parkersburg, W. Va., to his beautiful mother, Lura Gates, he lived most of his life in the Akron area before moving to Hanoverton, Ohio after retirement.

A veteran of the U.S. Army, Kenny built a lifelong career as a structural steel ornamental iron worker, and retired with 30 years of service from the Iron Workers Local Union 17 in Cleveland. He enjoyed horses and tinkering on his farm. Above all, Kenny’s greatest joy was spending time with his family.

Preceded in death by his mother; brothers, Samuel and William Gates; sisters, Helouise Gates, Lola DeMarco and Madelyn Brinkley, he is survived by his best friend and wife of 47 years, Paulette (Peck); daughters, Shannon Gates of Lisbon, Ohio and Tracy (Kenneth) Meffert of Atwater; brothers, Gerald and Paul Gates; and sister, Betty Firth.