— Firefighters were called at 1:24 a.m. Sunday to Fresh Mark, 1735 S. Lincoln Ave., for a sprinkler activation due to a malfunction. The fire alarm activated for a water flow problem. An electrical problem was detected to one of the risers for the suppression system, causing an air loss, so the lack of air pressure allowed the sprinkler system to trip wet, causing the alarm. Maintenance was working to repair the system. Firefighters had been called to the plant earlier at 5:09 p.m. Saturday, also for an issue with the sprinkler system.

— Firefighters responded to a fire alarm activation at 7:17 p.m. Saturday to a nursing home facility in the 200 block of Continental Drive. Personnel advised a hot water line broke that supplies a washing machine, causing steam to set off the fire alarm. The alarm was silenced and maintenance had shut off the water. No other hazards were observed.

— The fire department responded with police to the 2200 block of Kennedy drive at 3:59 p.m. Friday for a smoke detector activation in the basement of a residence, with residents reporting the cause as burnt food on the stove.

— Fire personnel were called at 3:34 p.m. Friday to Southeast Boulevard and Pershing Street for a truck leaking diesel fuel. Floor dry was used to contain the leak.

— Unauthorized burning was reported at 2:30 p.m. Friday on West Sixth Street. The homeowner was burning leaves and extinguished the fire. The burning ban in effect was explained along with burning laws. 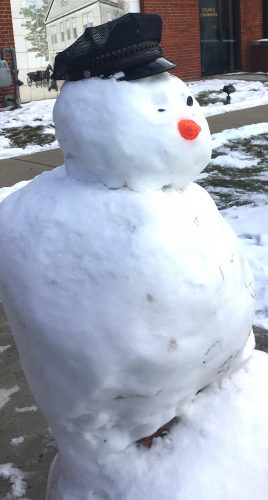