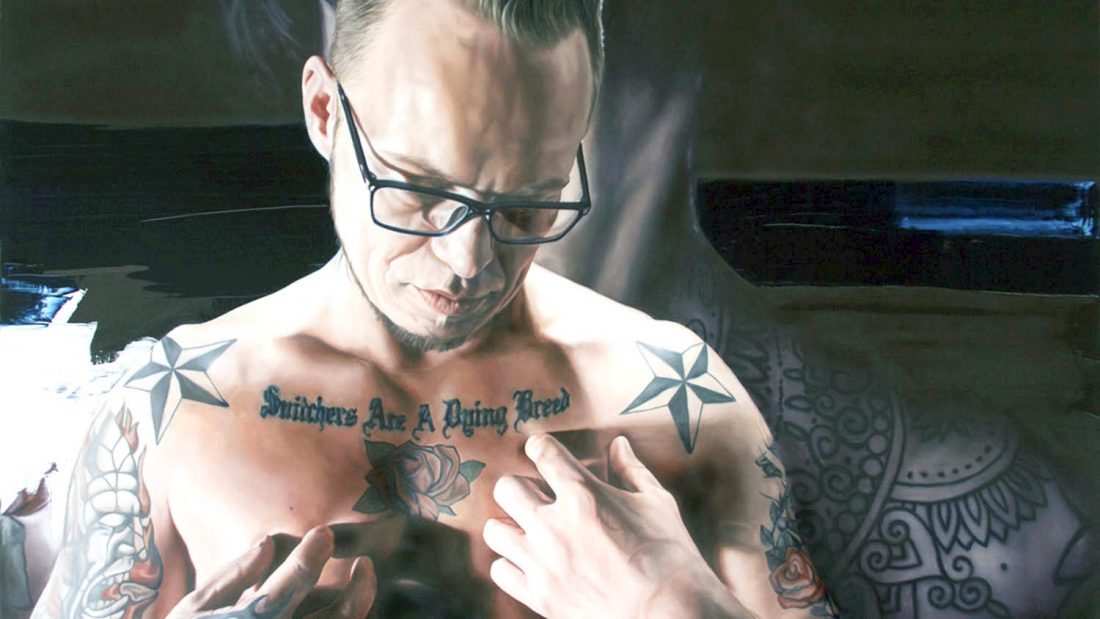 This image released by Neon shows Karl Bertil-Nordland in a scene from "The Painter and the Thief." (Barbora Kysilkova/Neon via AP)

The documentary “The Painter and the Thief” has a few wrinkles to add to the old Picasso adage that great artists steal.

“The Painter and the Thief,” by Norwegian filmmaker Benjamin Ree, is about a Czech painter, Barbora Kysilkova, who has two of her paintings stolen from an Oslo gallery in April 2015. The two thieves, whose unhurried heist is captured by surveillance cameras, are caught. But the paintings — a pair of large photorealistic works estimated to be worth 20,000 Euros — never materialize.

At the trial for one — a tough-looking, tattoo-covered man — Barbora makes a request. She wants to know why. Why take her two paintings and leave the others? “Because they were beautiful,” replies Karl-Bertil Nordland.

Now, if you want to make an artist blush, you can hardly do better than to be so passionate about a painting that you’re willing to be incarcerated for it. Barbora is suitably smitten and soon begins meeting with Karl-Bertil to paint him. He becomes her model.

“The Painter and the Thief,” which first premiered at the Sundance Film Festival, will debut on Hulu, on-demand and in some theaters on Friday. It’s about the relationship that follows between Barbora and Karl-Bertil. Little about how things unfold is predictable. Through twists and turns, “The Painter and the Thief” depicts not just the two-way transactional relationship between artist and subject, but the shared pain and mutual rehabilitation that can inspire and surround art making.

Ree’s camera lingers intimately while Barbora gets to know Karl-Bertil. He talks about gang life and drug addiction and his difficult childhood. A tattoo of “Snitchers Are a Dying Breed” is inked across his chest. Where he left the stolen painting he can’t remember.

But we also quickly grasp that Karl-Bertil is more than a stock criminal recast as muse. His home has paintings and prints covering the walls. When Barbora shows him her first painting of him, he doesn’t just tear up. He weeps.

The movie sharply pivots midway, turning the canvas around to examine the painter — where her attraction to self-destruction comes from, how trauma has shaped her life and art. Their relationship isn’t romantic but it’s interdependent and reflective. “She sees me very well but she forgets that I can see her, too,” Karl-Bertil says.

Any documentary about the making of art adds its own lens. And there are times that “The Painter and the Thief,” which stokes an air of mystery, feels like it’s leaving less convenient parts just out of the frame.

But the film also gathers force in scenes that capture Karl-Bertil’s long road back, from imprisonment, addiction and injury. (The Norwegian prison system, we see close up, is vastly more encouraging than the American one.) How much does his turnaround have to do with Barbora? Maybe they met at just the right time. Or maybe before Karl-Bertil could change, he needed to be seen.

“The Painter and the Thief,” a Neon release, is not rated by the Motion Picture Association of America. Running time: 116 minutes. Three stars out of four.