LISBON –So far, so good for school districts as they continue educating students after Gov. Mike DeWine ordered all schools closed starting March 16 because of the coronavirus crisis.

Most districts used the last of its snow days and so-called Blizzard Bag days before formally switching to longer-term online instruction, which they had been working on in advance of DeWine’s decision. Although many districts are scheduled to formally roll out its online curriculum sometime this week, many began doing so before.

Lisbon Superintendent Joe Siefke said the transition has gone fairly smoothly using existing and new online platforms to deliver lessons to students. In some instances, middle school and high school teachers are conducting live classes with their students using video conferencing, which enable teachers and students to see each other.

The platforms allow each teacher to monitor their students’ participation and results.

Some teachers are also using video conferencing as a way to personally check on their students. “I think every (teacher) is interested in seeing their students and I think they’d rather see them remotely than not at all,” he said.

Beaver Local Superintendent Eric Lowe said they are doing much the same thing, using a combination of existing online curriculum and curriculum adapted by teachers from their lesson plans.

“We already have a lot of teachers getting started and this will be incorporated” into its existing online curriculum, he said.

Lowe agrees using video conferencing has the dual purpose of helping teachers stay connected with their students and students with each other. “I think it’s important for students to see each other and have that connection in these times,” he said.

Since some students do not learn as well online as others, Beaver Local and Lisbon sent home packets of written instructional materials for those students to work on, especially those in younger grades, during the first three weeks of the school closures.

For any of this remote learning to work, students need access to the internet, and surveys conducted at both schools showed close to 95 percent of students have access to the internet at home. Siefke said in the past week he has made two automated phone calls that went out to all parents asking them to contact the district if there were any problems.

Lowe said they have not received any calls either about lack of internet access. He said every household probably has a cellphone and much of the classwork can be done via cellphone since major carriers have waived data limits during the crisis.

Lisbon and Beaver Local were also making grab-and-go meal bags available for students for pickup on site or at designated locations in the community. This was being done daily or several days a week. After the governor ordered everyone on Sunday to stay home, the schools decided to hand out a week’s worth of breakfast and lunches on Mondays.

Siefke said they delivered meals to 480 students on Monday. The number at Beaver Local was 580.

All Columbiana County school superintendents are meeting once a week since schools closed to compare notes and learn from each other. The first meeting was held at the county Educational Service Center, but the one this week was conducted via video conferencing. 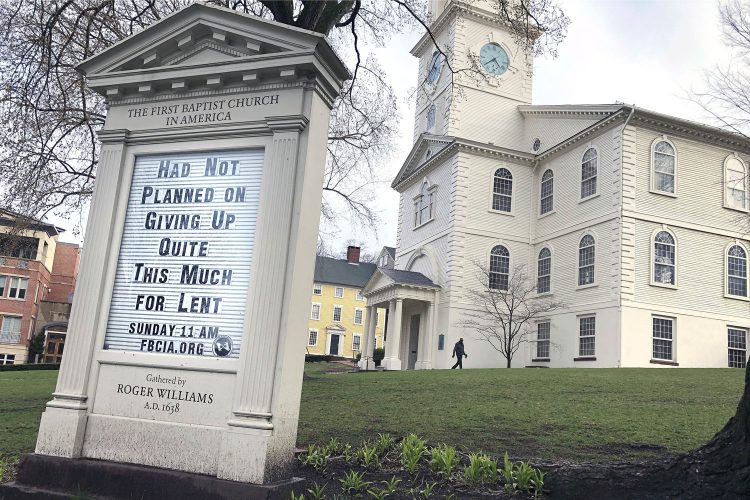