Liverpool Township chief wants to get Toughbooks on crime 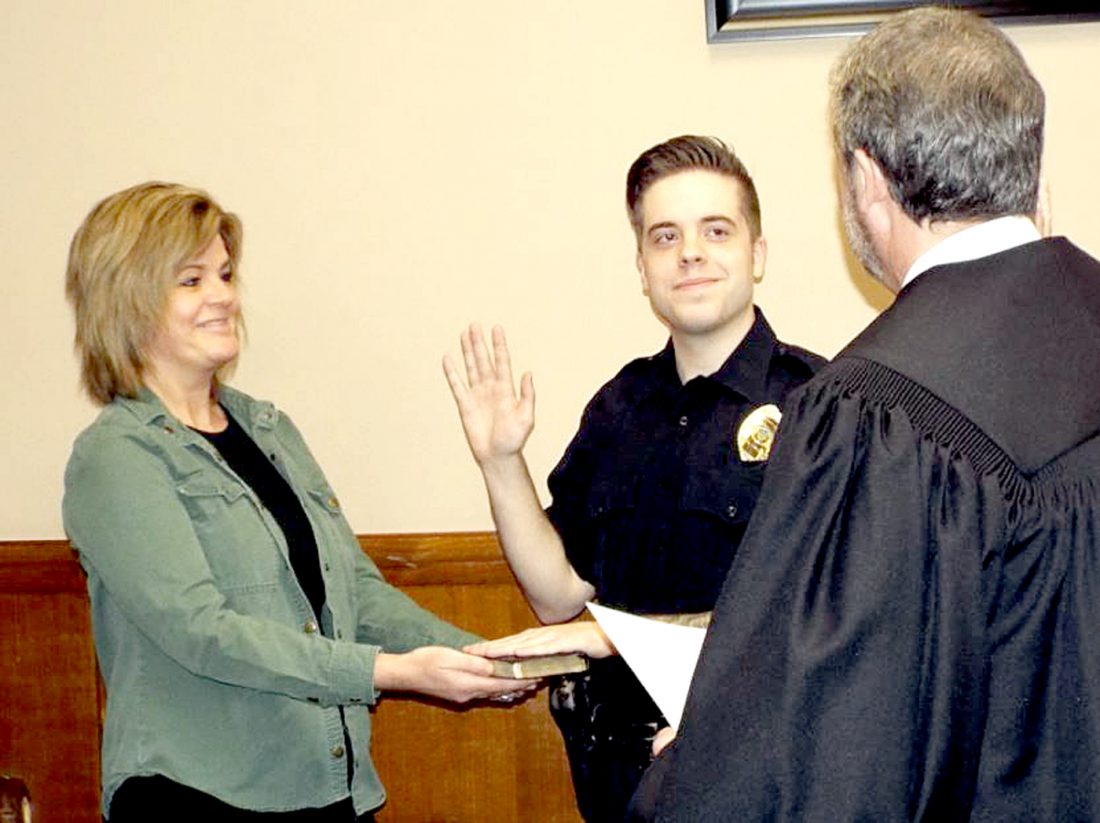 Morning Journal/Stephanie Ujhelyi Rachele Tatgenhorst (left) holds the Bible for her son Beau as East Liverpool Municipal Court Dominic Frank administers his oath of office. Beau Tatgenhorst, the son of East Liverpool police captain Chad Tatgenhorst, is the latest hire to the Liverpool Township police force and will work for them as a part-time officer. This is the first law enforcement swearing-in for Judge Frank, who himself is a former police officer.

He told trustees, during their regular meeting last week, that initial quotes put the numbers in excess of $30,000.

The quotes from SHI International Corporation out of Somerset, N.J. includes purchase of five new Dell Latitude desktop computers and six Toughbook in-cruiser units as well as its initial setup and training for the Sundance system.

He added that the purchase of the Toughbooks could mean officers could utilize their cruisers for the majority of report writing, including generating the citations on an in-cruiser printer.

Jackson is investigating bids from other vendors.

Trustees decided to table action on the majority of the computers. However, Jackson said that due to issues with their current software, the department will need a few computers in the office.

In other action, accepted the resignations of Ryan Stovall and Jake Talbott as part-time police officers. Earlier in the day, Beau Tatgenhorst, the son of East Liverpool police Capt. Chad Tatgenhorst, had been sworn in to fill one of the posts.

Trustee Mike Bahen also discussed applying for two grants for the fire department as well as possible sewer issues with the township building. The board decided to contract with Mr. Rooter of Youngstown to line a 30′ sewer line on the administrative side of the building, which is corroded cast iron for $6,620. Once completed, the lining would be warrantied for 50 years. “I don’t think we have a choice,” he explained after saying that it has already clogged twice.