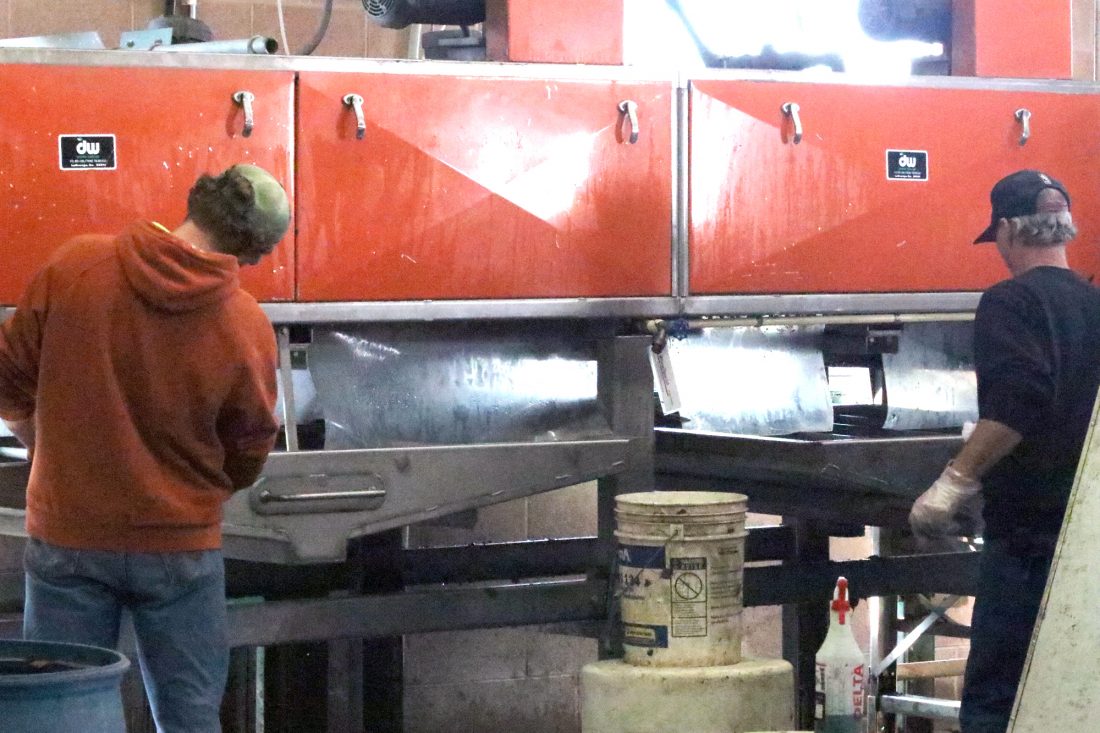 Employees at the orchard were busy this past week cleaning everything following the conclusion of picking season so the facility is ready for the upcoming Christmas Craft Show and Open House.

Morning Journal/Deanne Johnson EverCrisp apples are just one of the varieties available at Peace Valley Orchards.

Employees at the orchard were busy this past week cleaning everything following the conclusion of picking season so the facility is ready for the upcoming Christmas Craft Show and Open House.

More than 70 years ago, Daniel J. Simmons and his wife Anna bought an abandoned apple orchard, starting a family tradition of growing and selling produce now in its fourth generation.

Daniel Simmons Jr., one of the original Simmons’ grandsons, along with his older brother Paul Simmons and sisters Carol Day and Virginia Gerner, continue to this day keeping the family in the family business. Aaron Day, Carol’s son, also works at the orchard.

Daniel Simmons said the orchard still has the first Case tractor his grandfather ever bought and still brings it out from time to time for visitors to see. The family continues to plant apple trees, including growing the newest varieties — the EverCrisp and the Rosalee.

Simmons said the EverCrisp is a cross between the Honeycrisp and the Fuji, an eating apple with a long shelf life allowing it to remain in good condition longer during a time in America when much of the produce goes bad and is thrown away. His favorite eating apple right now is the sweet and tangy Rosalee, which has a yellow skin with areas which are blushing pink. 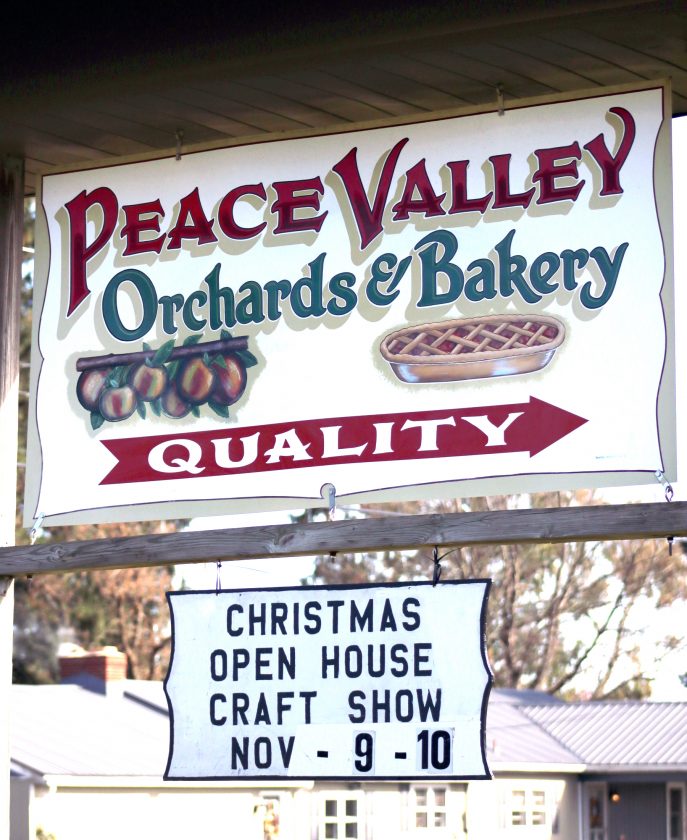 In addition, Peace Valley Orchards was the birthplace of other varieties: the Buckeye Gala, the Dan Dee Red, Golden Glory and Lawspur. The apples are grown on site, in acres of orchards pruned, mowed and protected by the family.

Simmons said new apple trees have to be fenced to protect them from deer and those new trees do not produce for at least three years. Yet, the family keeps right on planting them. Retirement is not a consideration.

He has never really known any other life. Even when he was in college, he returned each summer during break to work in the family orchards.

The Simmons family has also brought along other families into the orchard business. Noe Salimas, the packing manager, is the son of immigrants, whose parents worked at the orchard when he was a child. Simmons points out it is the American dream.

Additionally, the orchard employs recent graduates from local schools, the next generation of people learning the skills of operating an apple orchard. Even the pickers who came as temporary workers to the orchard this past year spent their free time at night contacting their families back home from the orchard. 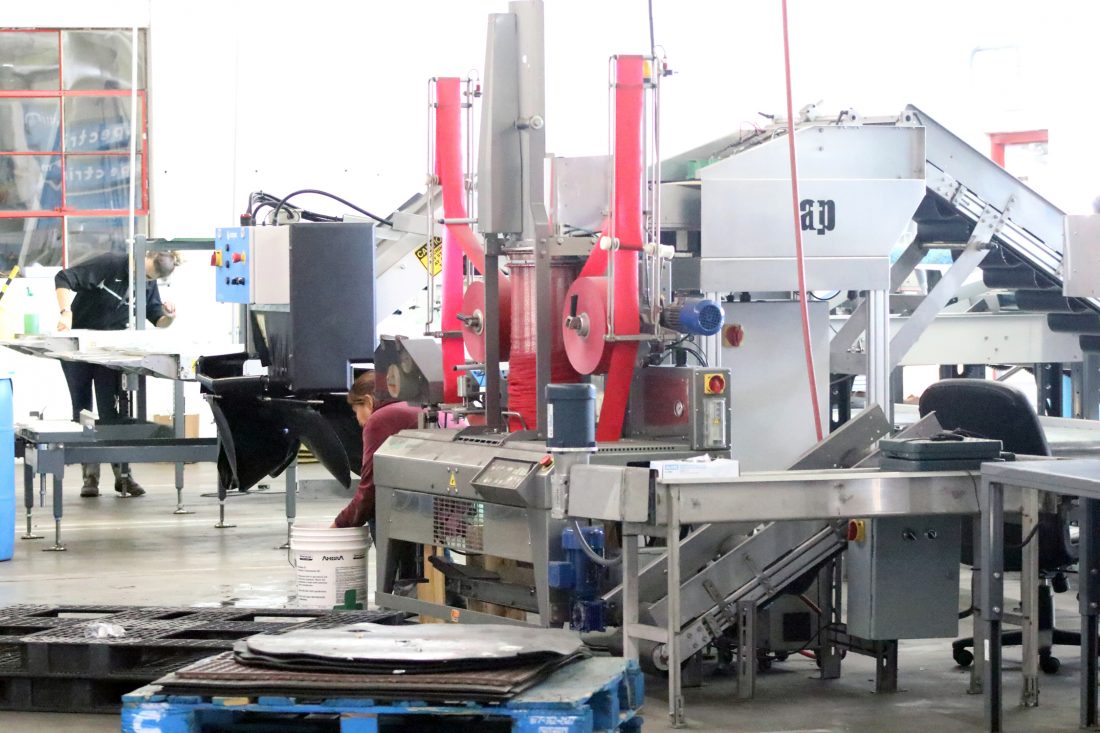 The Simmons family likes to have other families enjoy spending time at their orchard. For those who like to buy bags of fresh apples or have their apples already baked into delicious treats, the orchard offers a retail location, where pies and other delicious goodies are available. Additionally, the orchard is home to peaches, pears and other fruit.

From 1 to 4 p.m., small visitors will be able to get their chance at one of the first visits of the season with the man in red, Santa Claus. The merry old elf will be bringing along gifts for the children and listening to those Christmas wish lists so the North Pole staff can get started early. Children will also get to greet the animals in the petting zoo.

Crafters will be displaying their creative merchandise in the apple processing building, which since the last apples were picked about two weeks ago, was being thoroughly cleaned up this week for the occasion.

In the Dumpling Barn, the family will be selling hot apple dumplings, as well as fair-style french fries and chicken and dumplings. 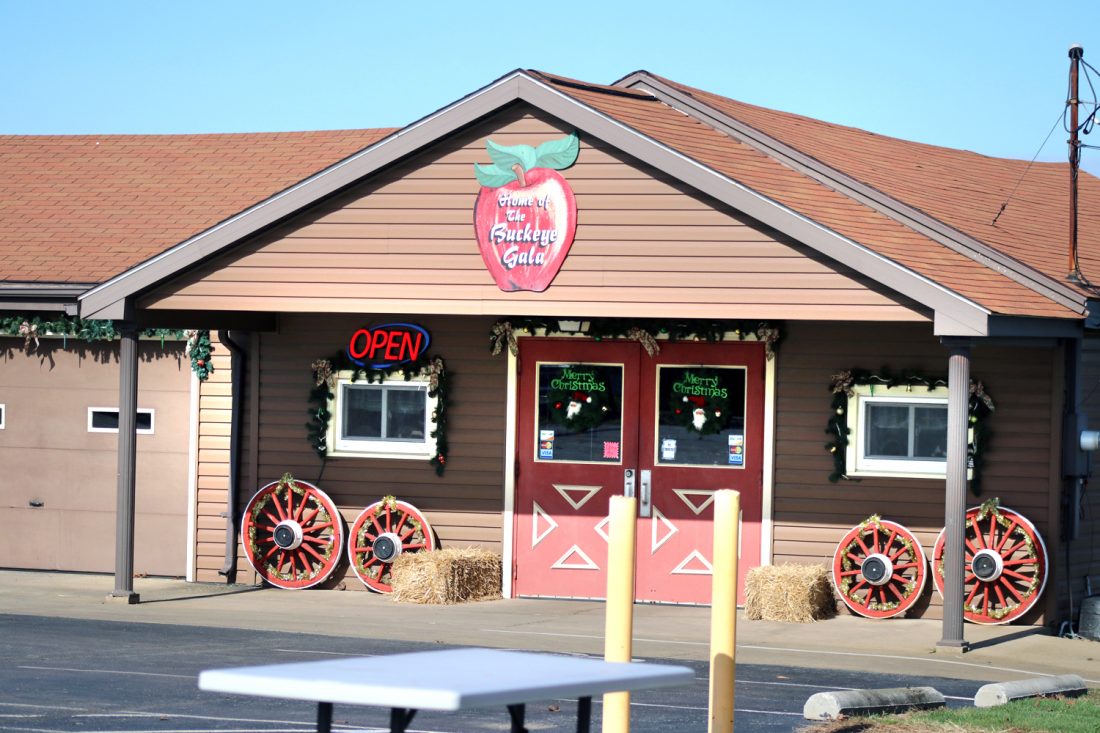 The Christmas open house is from 9 a.m. to 5 p.m. today and 1 p.m. to 5 p.m. Sunday. Simmons Peace Valley Orchards is located between Rogers, East Palestine and New Waterford on Adams Road. 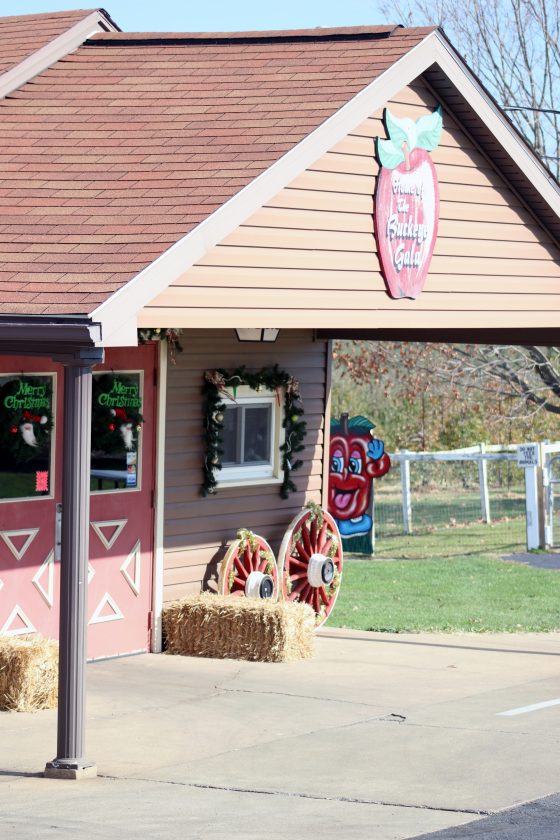 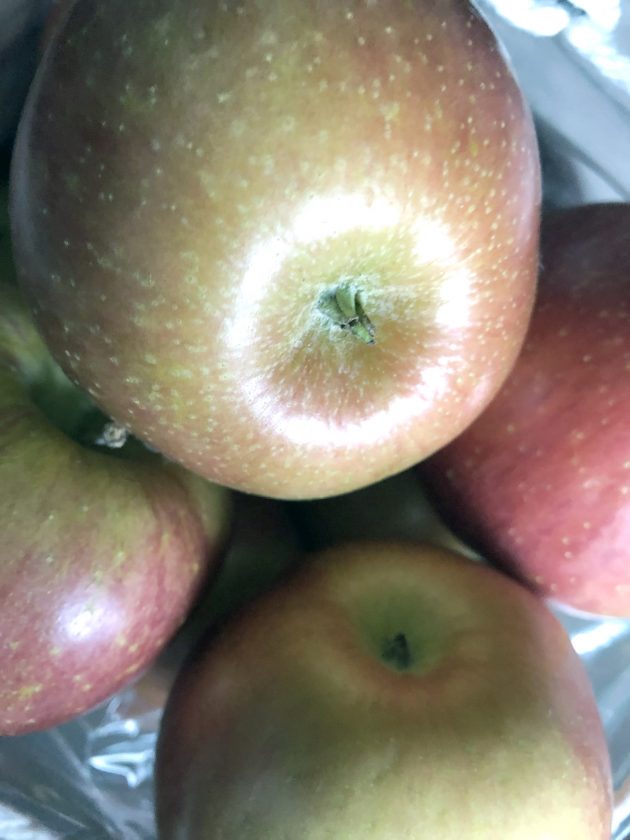 Morning Journal/Deanne Johnson EverCrisp apples are just one of the varieties available at Peace Valley Orchards. 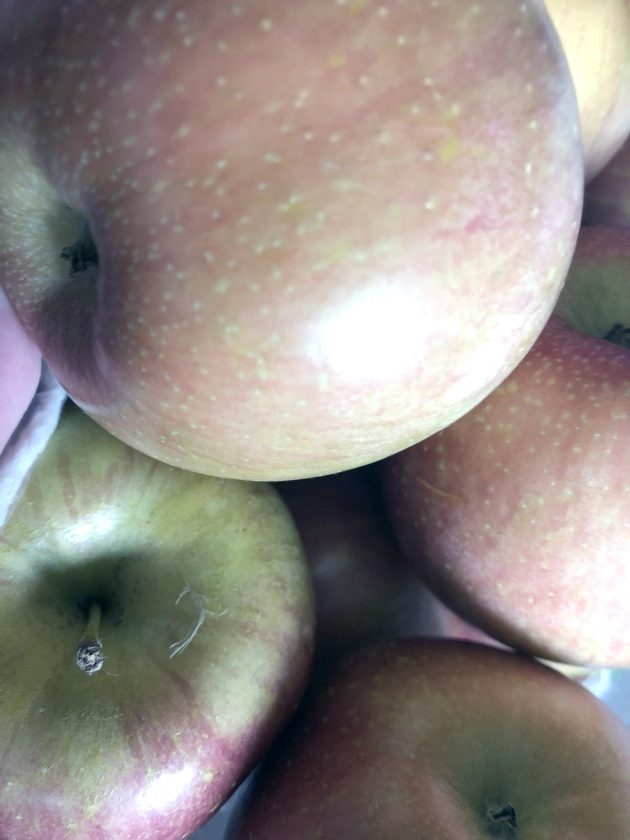