‘Doctor Sleep’ is just a shadow of ‘The Shining’ 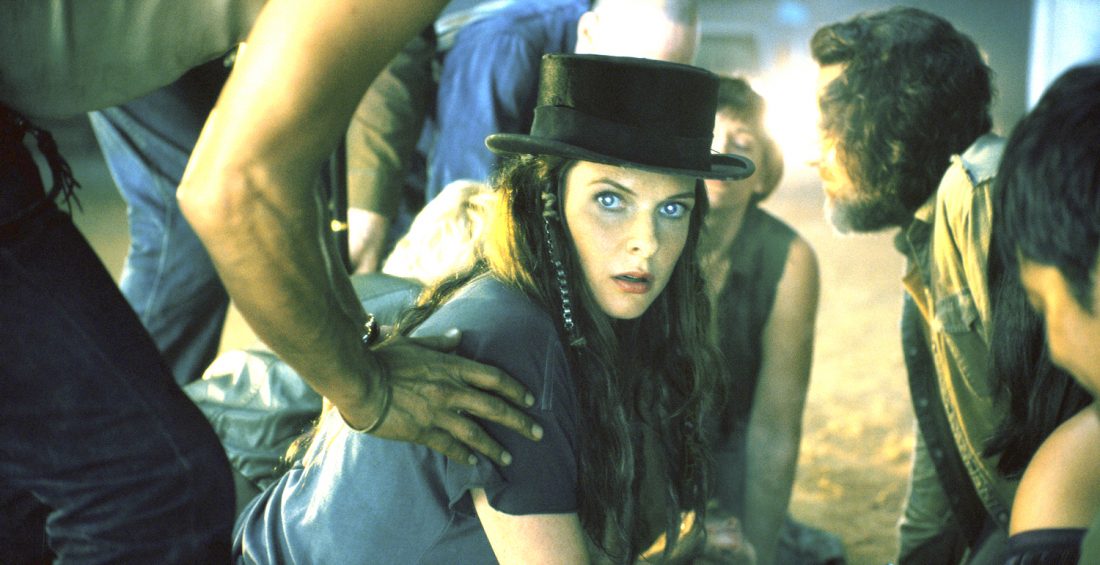 Our glimpses of Jack Torrance are fleeting in Michael Flanagan’s “The Shining” sequel, “Doctor Sleep,” but Stanley Kubrick’s colossal 1980 horror film is seldom out of mind, or out of frame. Even that axe is back. Adapted from Stephen King’s 2013 book, “Doctor Sleep” shifts the story to the tricycle-riding tyke of “The Shining,” Danny Torrance (Ewan McGregor), now grown and dealing, understandably, with a few residual psychological issues from his childhood stay at the Overlook Hotel.

Yes, Hollywood’s insatiable search for new iterations for old intellectual property has wound its way, like the Torrances’ car meandering up the mountain road, to the House of Kubrick. It’s so overwhelmingly a misguided mission that you want to shout, “Don’t go in there!” And yet “Doctor Sleep” careens right ahead, recreating Kubrick shots, casting lookalikes to replay his scenes, refilling the elevator with blood and vainly trying to recapture some of the eerie majesty of “The Shining.”

Maybe I’m wrong but I suspect even those who don’t deeply appreciate Kubrick’s movies will feel a little icky about such a classic being reengineered, its hallowed halls reanimated like a defunct amusement park. It’s one thing to get endless “Star Wars” movies, but we might be venturing into even more shameless territory by leeching sequels to masterworks like “The Shining.” Should we also brace for “2001: Return of the Monolith” and “Barry Lyndon: Back in Business?”

“Doctor Sleep” posits the question everyone has been nursing since “The Shining” first greeted audiences: What if the story kept going, only we added psychic vampires in top hats?

The defense of “Doctor Sleep” is that it wasn’t conjured out of thin air but adapted from King’s novel. To be clear: King, who never cared much for Kubrick’s adaptation of his 1977 novel, can do whatever he pleases. These are his books. In “Doctor Sleep,” he delights in charting a very different post-“Shining” path. In his author’s note, King granted “nothing can live up to the memory of a good scare, especially if administered to one who is young and impressionable.”

The situation, though, is quite different for Flanagan et al who are working in Kubrick’s medium, and doing everything they can to mimic him, right down to the dissolves. Flanagan, who previously adapted King’s “Gerald’s Game,” also wrote the script, which adds a return to the Overlook Hotel not in the book.

Yet when “Doctor Sleep” stakes out its own ground, it’s a far more palatable supernatural thriller. Danny’s adult life is one of bar fights, cocaine and one-night stands; he has been working hard to submerge his “shine” with alcohol. He gets clean, though, and finds his place working as night attendant at a hospital where patients, grateful for his ability to gently force slumber, give him the “Doctor Sleep” moniker.

Scenes early on establish the movie’s wider mythology — “The Shining-verse” — includes others who, like Danny, shine. It’s a small number of clairvoyant kids who shine brightest — fewer all the time because of cell phones and Netflix, we learn. Among them is 13-year-old Abra (the exceptional newcomer Kyliegh Curran), whose great powers she, and her family, are only just beginning to realize.

But the downside to possessing the Shining is — like the side effects of so many things — psychic vampires. A gypsy-like band of them, led by Rose the Hat (Rebecca Ferguson), feast on their souls, sucking up their last breaths — their “steam” — like a drug. The Shining is like food to them, and as one of them says, “the world is a hungry place.” They can recruit new members, too, by turning those who shine into one of them with the promise of near immortality. “Live long. Eat well,” says Rose.

Geographically separated from the start, “Doctor Sleep” draws these characters together, eventually leading them all the way to Room 237. It’s patiently plotted (the movie runs a hefty 2 ¢ hours) and Ferguson — despite the inherent ridiculousness to her part — is creepily compelling.

But none of this is remotely worthy of “The Shining.” The most entertaining thing here is trying to imagine how Kubrick would have reacted to the entire notion of “fan service.” It’s a frightfully regular approach to moviemaking today that should, at the very least, have the sense not to mess with Kubrick. All sequels and no originals make us all dull boys.

“Doctor Sleep,” a Warner Bros. release, is rated R by the Motion Picture Association of America for disturbing and violent content, some bloody images, language, nudity and drug use. Running time: 152 minutes. One and a half stars out of four.