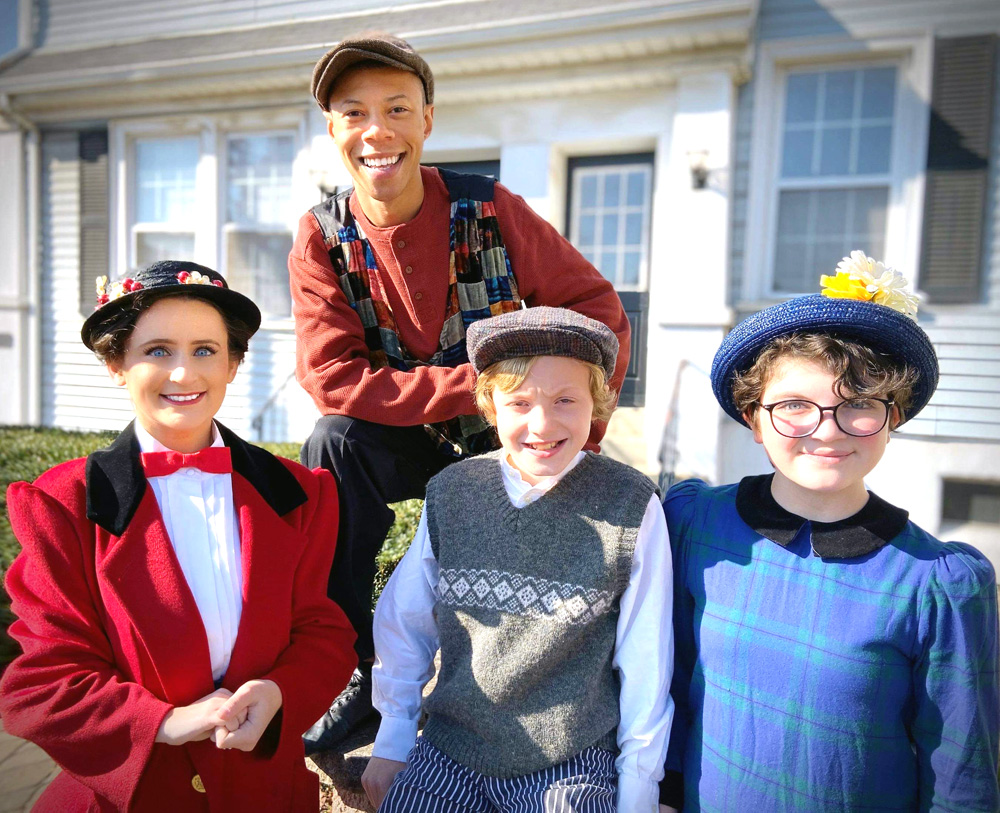 Scott Hart, executive board member of the Salineville Southern Community Center, is heading up the inaugural Thanksgiving Marathon. The goal for the marathon is to get Thanksgiving dinner food donations for 100 families who are in need during the holiday season, and who attend Southern Local School District and/or is a citizen of the village of Salineville. Donations have been received from all over the county, and from business in and around Salineville. Hart is also a U.S. Navy veteran retired with 20 years of service who is giving back to the local community. Monetary or food pantry donations may be sent to the Salineville Southern Action Center, 45 E. Main St., Salineville Ohio 43945. For more information or to arrange a dropoff, call Hart at 853-7777.

Penguin’s Pack is a nonprofit organization that helps local cancer victims and their families with expenses incurred during treatment. The organization was started in 2007 in memory of Mathugh Johnston who passed away after battling both Ewing’s sarcoma and leukemia. In 2013 they held their first ever vendor/fundraising fair to benefit Matthew Pickering, another leukemia patient. Pickering passed away in May 2014. The vendor/fundraising fair is now held annually to honor their memory. The group also sells shirts each year for the event. Over 350 names appear on the back of this year’s shirt which are in memory and in honor of cancer victims from the area. Since starting the annual vendor fair they have been able to help more than 50 local cancer victims and their families with financial assistance. The organization is run by five sisters: Giovanna Sullivan, Marguerite Sullivan Smuck, Noreen Sullivan Hanselman, Rosalia Sullivan Kijanka and Maria Sullivan Gaskill. The seventh annual fair will run from 9 a.m. to 4 p.m. Saturday at the Wellsville Alumni Center, 201 Third St. The fair will have 30 vendors, a Chinese auction, 50/50 drawing and a wedding soup and chili sale ($6 a quart). Other lunch menu items will also be available. There will also be a door prize drawing (certain rules apply). For questions about the event contact Giovanna Sullivan at 831-8160

Ever think you might write a novel? Kathleen Horn dreamed of being an author since her early teens, but she had to wait until she was a grandmother to see her first book published. Find out how she did it when this new local author visits the Minerva Public Library from 11 a.m. to 1 p.m. Saturday. Her first submission to a publisher was turned down due to the story’s Victorian era setting and the old English text used. Americana books were in demand at the time. A major revision to turn the story into an inspirational novel came next. Throughout the years, many obstacles stood in the way. Amish books became all the rage. Finally, movie adaptions of Jane Austen books began coming out and an interest in Victorian and Regency books followed. A few short years later, In a conversation with a young man about his grandfather’s recently published work, Kathleen admitted candidly, she probably never would realize her dream. “You will,” he spoke with quiet assurance. “He’s just a kid,” I thought with irritation. “What does he know? But simultaneously, I realized that if I did not adopt his attitude, I never would get published! I thank you, Spencer, for that encouragement!” Kathleen’s new book, “The Everlasting Kind” is finally available for purchase at Off the Beaten Path in Minerva, Paperworks in Carrollton, and on Amazon.

Kent Salem to show May 4 doc

Kent State Salem invites the public to two showings of “Fire in the Heartland: Kent State, May 4th and Student Protest in America,” an award-winning documentary about the events of May 4, 1970, that took place on the Kent State campus. The film will be shown at 5:30 p.m. on Wednesday, Nov. 20. and again at noon on Dec. 4, room 134 in the campus building on St. Route 45. The events are free. The documentary was produced and directed by Daniel Miller, who attended Kent State from 1968 to 1970. While a student at Kent State, Miller was a musician and civil rights activist. After leaving Kent State, he moved to Oregon and completed his education, receiving his masters and doctorate degrees in telecommunications and film from the University of Oregon, where he is now a professor. He teaches, researches and writes about civil and human rights. The film presentation helps kick off a months-long series of events on the Salem campus to help commemorate the 50th anniversary of the events of May 4th at Kent State. Over the next several months, all Kent State campuses will hold events to observe the anniversary of that day.

The annual United Local celebration of the USO Show will be held Friday and Saturday in the junior high gym. This year’s show, “Sentimental Journey: A WWII Story,” focuses on World War II and the music of the ’40s. All veterans will be honored in a variety of ways during the evening. Dinner and show begin at 6:30 p.m., with doors opening at 6. Tickets are now on sale at www.ticket.vidultra.com/united. Prices re $11 for adults and $9 for students and seniors. Veterans are free (but must have reservation) with a no-dinner, bleacher seat option for $5.

Snowflakes to fall in Palestine

The East Palestine’s annual Christmas parade, “Snowflake Festival,” sponsored by the Moose will be held at 7 p.m. Dec. 7. Contact Doug Johnson at the Moose at 330-426-3510 to register or for more information.

A second bus has been added to take passengers to New York City in a trip being organized by Salem High choral director Attila Samu. There are 34 seats available. Those under 21 must be accompanied by an adult. The charter bus will leave SHS at 11 p.m. Friday, Dec. 13, and arrive at the Rockefeller Christmas tree and the “Today” show set at 7 a.m. Saturday morning. Once there, you are free to tour the city at your leisure. Some see the Rockettes Christmas show, others see a Broadway show, while others shop and view the spectacular window displays. The passengers will board the bus around 9 p.m. that evening and return to Salem by 6 a.m. Sunday morning. The cost is $95; call Samu’s office at 332-8905 ext. 58332.

The Winona Area Historical Society will hold its eighth annual Christmas in the Country fundraiser from 9 a.m. to 3 p.m. Saturday, Dec. 7 in the restored 1838 Meeting House. The facility is handicap accessible. Proceeds will be used for archival storage and display materials, and for general operating expenses. The fundraiser will include functional and decorative items that were hand-crafted and donated by local artisans. Featured items will be rustic game boards crafted from original meeting house ceiling boards, rustic Santas, wooden children’s toys and puzzles, keepsake boxes, framed art work, the fifth annual WAHS Christmas ornament depicting the Winona wagon shop, knitted items, Christmas silk and grapevine wreaths, horseshoe decor, homemade pies, artisan jams and jellies, specialty breads, baked (not fried) blueberry doughnuts and more. Again, the Trash and Treasures table will offer gently-used Christmas decor. There will be over 400 items from which to choose.