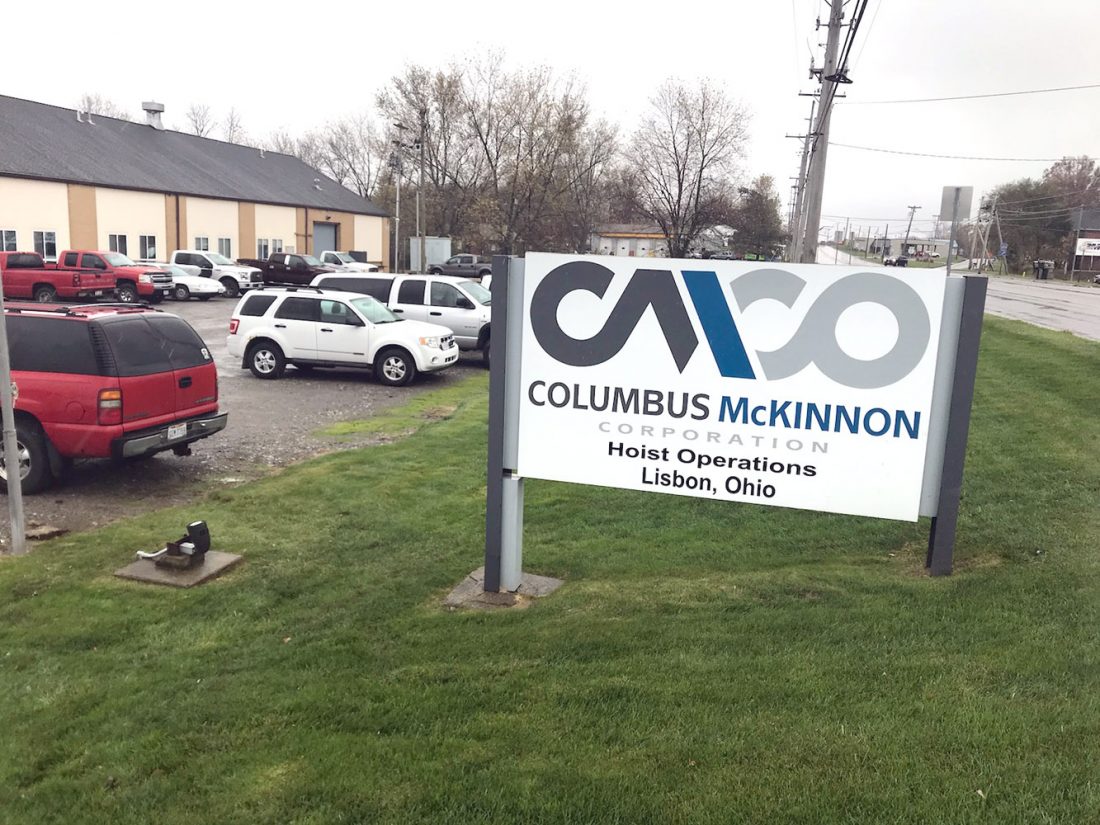 The Columbus McKinnon Corp., which acquired Chester Hoist in 1995, announced Wednesday operations will be consolidated at substantially larger plants in North Carolina and Virginia as part of a continuing effort to save money.

“We are continuously identifying opportunities to simplify our business. This consolidation will provide better service and an improve overall experience for our customers, while driving value,” said Mark Morelli, president and chief executive officer, in a news release.

Greg Rustowicz, vice present of finance/chief financial officer, said by phone that the North Carolina and Virginia plants, at 180,000 square feet and 100,000 square feet, respectively, are considerably larger than the Lisbon facility (37,000 square feet), and it just made sense from a business perspective to consolidate operations there. The consolidation is expected save the company $5 million annually.

“There had been ongoing discussions and we don’t make these decisions lightly,” he said. “It just kind of made sense from all angles.”

The closing will take seven to 10 months, and employees will be entitled to severance packages. Salary employees are able to bid on any open positions at the North Carolina and Virginia plants, and the other workers could also try to transfer. Rustowicz does not know how many would be interested in relocating.

“We’ll try and soften the landing as much as we can … The company is committed to working with the employees in the transition,” he said.

This is the second plant in Columbiana County that Columbus McKinnon has closed in recent years, with the work transferred to the North Carolina plant. In October 2018, the company announced its plant in Salem would close by 2020. The decision affected 18 union workers and 11 salaried employees.

Liverpool Township chief wants to get Toughbooks on crime