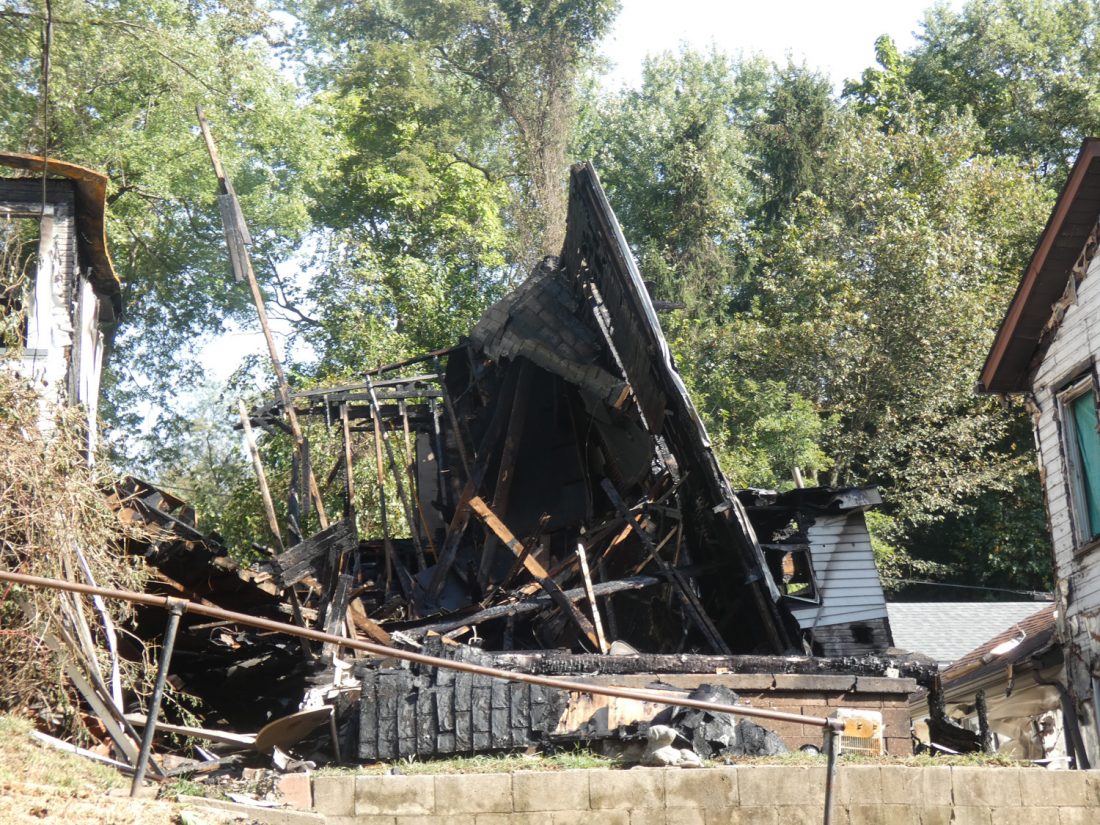 Morning Journal/Stephanie Ujhelyi The remnants of a burned home at 1019 Huston Ave., East Liverpool, Tuesday morning nine hours after firefighters worked to extinguish the blaze, which was threatening another home on either side of the structure.

EAST LIVERPOOL — Several weeks after an area landlord appealed revocation of many of his rental licenses by East Liverpool officials after a question about they were insured, one of his properties that burned to the ground.

According to an East Liverpool fire spokesman, arriving crews found the one house fully involved with two other nearby homes also threatened due the close proximity. Crews were impeded by downed power lines; however, a second fire engine went up Shafter Land to protect another house. The fire currently remains under investigation.

A third alarm was sounded to bring back off duty firefighters, and crews successfully saved a third house. However, it appears both 017 and 1019 Huston were a total loss, with a third house appearing to have suffered damage to its siding.

This blaze occurred almost two weeks after Stevens, and his attorney Tim Brookes, appeared before the city’s Board of Housing Appeals regarding revocation of a dozen rental licenses after he failed to provide “proof of fire and casualty insurance and/or certificates of insurance for each unit,” as required by the city. Brookes vowed to appeal to county Common Pleas Court.

The property at 1019 Huston Ave. was not on the list of affected properties. However, city Planning Director Kayla Crowl said this particular property was not a registered rental in the first place. According to her records, Stevens or the home’s occupant, Lindzey Beaver, were not required to provide proof of insurance, as it was listed strictly as a land contract purchase in April.

Crowl said that it appears Stevens acquired the property in January.