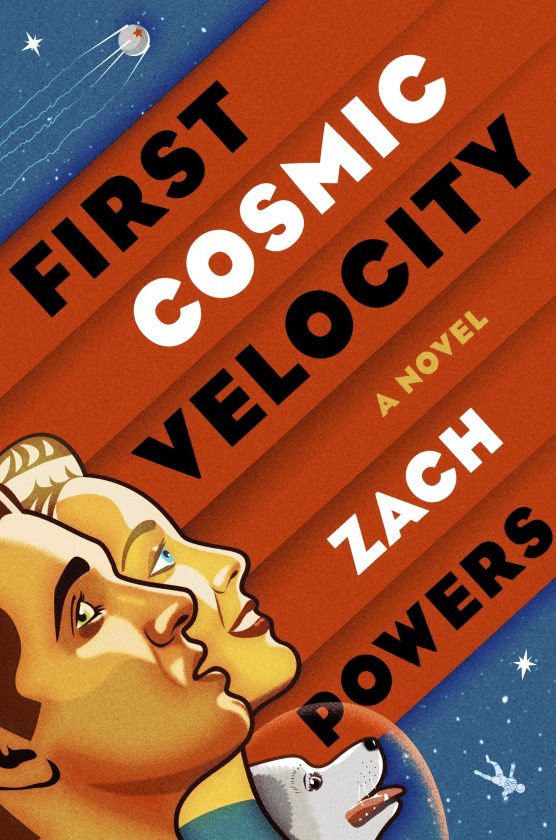 “First Cosmic Velocity” is a cleverly conceived and beautifully delivered novel that looks at the struggle for space supremacy from the Soviet side of the Cold War.

As the U.S.-USSR battle unfolds in the book, a tug of war also ensues between the Soviet cosmonauts brought to the program and the strict propaganda demands of their communist state. Two key figures picked to fly, Leonid and Nadya, embody this conflict, as deadly failures in Soviet rocketry put the lives of space pioneers in danger.

Actually, there are two Leonids and two Nadyas. As imagined by Zach Powers in this debut novel, the degree of secrecy in the Soviet space program is so great that identical twins are chosen in their youth to become cosmonauts — and given the same name. That way, if one dies in space, the catastrophe can be concealed and the living twin can make appearances to receive public accolades as if nothing bad happened.

This fictional twist is brought off convincingly by Powers. He plays with actual Soviet foibles of the space era, including the USSR’s refusal to make public the name of the director of the country’s space program. As the Soviets did, Powers simply calls him the Chief Designer.

A humorous element appears when Premier Nikita Khrushchev — unaware of the use of twins — wants his little pet dog to be the first canine in orbit, a four-legged hero of the Soviet Union. There is no arguing with the premier, and a search for a lookalike dog ensues. But in the end, this is no laughing matter.

The space program drama is set in 1964, when the Americans and Soviets each had achieved various “firsts” in the race to claim territorial rights in the heavens and big political points on Earth. Instead of pride and uplift among the program’s key players, however, there is an overarching somberness to the narrative, an edge of anxiety over the prospect of lethal failures in the Soviet path to the stars.

Powers also describes the grim lives of the twins in their Ukrainian village in 1950, when poverty, desperate hunger and Stalinist-era brutality destroyed friends and families all around them.

The darkness and gravity of the narrative is mixed with stirring prose and dialogue that make “First Cosmic Velocity” a novel of ideas from the Cold War era. As one of the cosmonauts’ colleagues says, the Soviet state rid its people of religion and their faith in a god. “And now,” she says, “we fly our cosmonauts to the front door of heaven, knock, and find it vacant.”