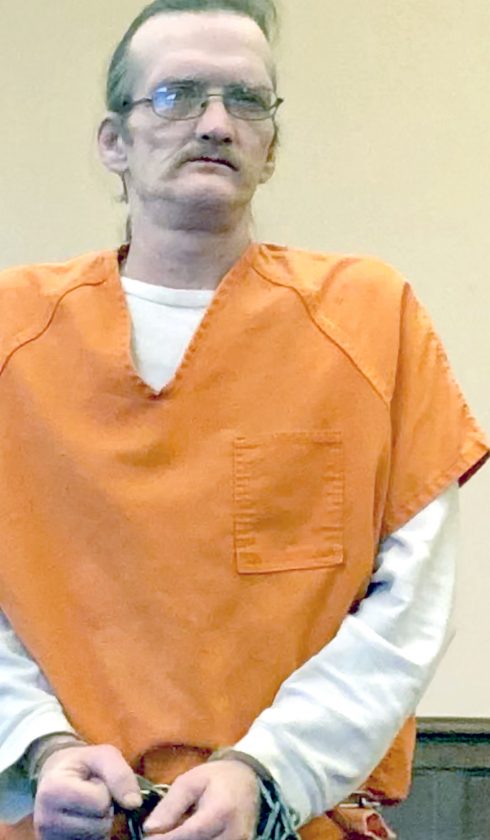 LISBON — An East Liverpool man who beat an 89-year-old veteran while robbing him in his own home more than a year ago pleaded guilty to murder Thursday morning in Common Pleas Court.

Stevens is facing 15 years to life in prison for the murder charge alone. Chief Assistant County Prosecutor John Gamble said he will additionally ask for a five-year consecutive sentence for Stevens on the other three charges for a total requested sentence of 20 years to life.

A sentencing hearing has been scheduled for Nov. 21 before Judge Scott Washam.

Charles Travis Jr., an Air Force veteran, died of his injuries on July 19, 2018 after being hospitalized or housed in a care facility since the day of the home invasion robbery on March 9, 2018.

Following the hearing, Gamble said Travis had been able to give law enforcement a description of the man who attacked him and due to Travis’ condition, St. Clair Township police called in the county Homicide Task Force, giving them extra manpower to investigate.

Gamble said the effort by law enforcement was excellent. Investigators found the Fed-Ex package Stevens had used to convince Travis to open the door on the guise he was making a delivery.

Investigators also talked to people who had been in the area who saw Stevens walking along state Route 267 in the area of the crime.

Following the attack, Travis had called his daughter several times but was too injured to tell her why he was calling. When he was found, he was treated at University of Pittsburgh Medical Center for massive head injuries and Gamble said his prognosis was poor. Investigators and the prosecutor’s office wanted to get a deposition from Travis, but he never recovered enough.

Upon Travis’ death, Gamble said he contacted the county coroner’s office, which was already aware of the situation, and an autopsy was performed by Dr. David Dolinak, a medical examiner from Cuyahoga County. Within a few days after seeing the reports from the places Travis had been treated and the photos of the crime scene, Gamble said the coroner ruled the death a homicide.

According to Gamble, Stevens has other convictions in 1994 and 2012 for similar offenses of robbery and burglary. In the case of Travis, he reportedly took about $300 from his wallet.

Gamble credited Travis’ family for being “terrific people” and supportive of the efforts of the prosecutor’s office and law enforcement throughout this case.

“They were very supportive and I am appreciative of their posture and support,” Gamble said. “It was a pleasure to advocate on their behalf in this matter.”

Gamble said this case also has changed the focus of the joint agency, formerly known as the county Homicide Task Force and now the County Violent Crimes Task Force. He believes this change expands the use of the task force, allowing for departments across the county to pool their resources to solve all types of violent crimes.

“It was a matter of terrific police work and forensics work by the Cuyahoga County medical examiner and our county coroner’s office,” Gamble said.