EAST LIVERPOOL — Reinstatement of East Liverpool’s Board of Public Utilities isn’t necessarily the answer to gaining back the public trust, one councilman said during council’s utilities committee Tuesday afternoon.

Councilman Brian Kerr, who chairs the committee, had bridged the subject last week after learning about the city’s longtime chronic wastewater violations that were revealed.

Allen and the city denied the assertion.

Cameron seeks restoration to his position, expungement of his personnel file of all negative documents and in excess of $25,000 for lost wages, emotional distress and other damages plus attorney fees.

Kerr suggested at the last council meeting that a possible solution to achieving complete transparency in such matters might be resurrection of the BPU. Allen didn’t see that being the answer. “Should I call council everytime someone threatens to sue the city?” he asked, adding that when council was notified, Kerr provided the information to the media.

Councilman Raymond Perozozio was less than enthusiastic about the prospect. “I’m a big opponent to bringing the BPU back. There is a good chance if we had the BPU, we still wouldn’t know all about this” before recounting a laundry list of perceived missteps by the board, which fellow committee member Fred Rayl also used to serve on.

Kerr has filed as an independent to run against Mayor Ryan Stovall, Allen’s boss, in the November general election.

“The reason that the BPU was created in the first place was to keep politics out of (decision-making),” Rayl recounted, not really voicing an opinion pro or against.

Perozozio said he would like one good reason to bring back the BPU, while Allen acknowledged it would no doubt mean less stress for him if it was brought back.

Allen did tell the committee that a recent study for the Environmental Protection Agency revealed the city has to replace half its plant, meaning possible rate hikes of 30 percent. “I fault the BPU for not being forward thinking.” He vocalized that the current arrangement has enabled them to take politics out of the equation. You have to take politics out of it when it comes to people’s drinking water. The last course is to raise rates.

The meeting then closed with committee members deciding Allen’s suggestion to discuss this further during the work day, so employees for the impacted departments may attend meetings. He added that he had been fielding a lot of employee calls wanting to know their future. “The BPU talk is currently causing dissension and turmoil. I would like (the committee) to keep the employees in mind on this matter too.”

In a meeting of East Liverpool council’s finance committee that preceded the utilities committee, members agreed to recommend council as a whole pay bills, including an insurance increase stemming from the purchase of three new trucks, two for the refuse program and one for wastewater.

Allen told the body that he believes it will go down once the trucks are reappraised as the trucks’ addition amounted to a $4,000 increase to their vehicle insurance, because the carrier said the full coverage on replacing the new vehicles was necessary.

The committee also will recommend council approve a three-year contract with Local 677, which is a union for the water, wastewater, building maintenance, refuse and storm water employees. Those employees will see pay increases of 2 percent in years one and two as well as 3 percent in year three.

Committee chairman Rayl expressed concern again about the cost to the city, saying he crunches some of the numbers and found that the city employees’ wage is higher than median household wages in East Liverpool. Members also expressed interest in being more involved in the actual labor negotiations.

The safety-service director said that it is important that the city offer competitive wages to attract employees. He said the city recently lost its wastewater superintendent due to better opportunities closer to home.

“Lower health insurance and huge wage increases are the main people are leaving (East Liverpool employment),” Allen explained, adding that the wages have to be worth it — especially on the newly created jobs — to garner interest. “If the wage isn’t worth it, he wouldn’t want to step out and try the job for the same money and additional responsibilities.”

SALEM — A national report has Salem at No. 5 in the nation for the next likely outbreak of the coronavirus, but ...

The East Palestine Women of the Moose are offering carryout cream chicken over biscuits with mashed potatoes from ...

LISBON — Anyone with business at the Columbiana County courthouse will no longer need an appointment come June ...

Salem parks coming back to life, but not Centennial pool

SALEM — The city Parks Commission said okay to opening restrooms at city parks this weekend and requiring the ...

LISBON — Another Columbiana County death in April is now being blamed on coronavirus, bringing the total number ... 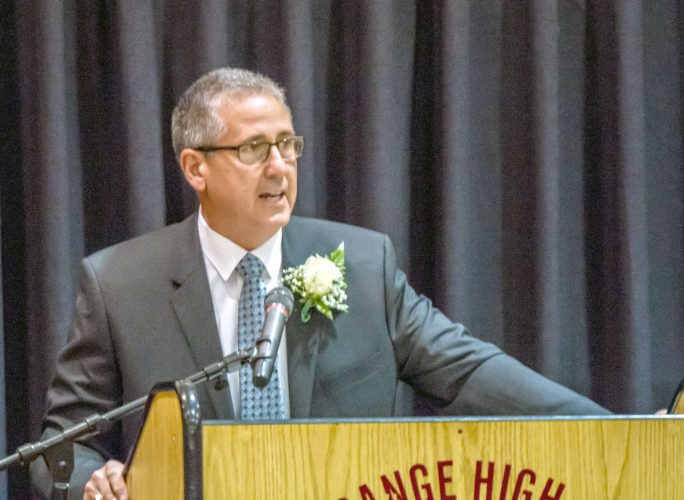