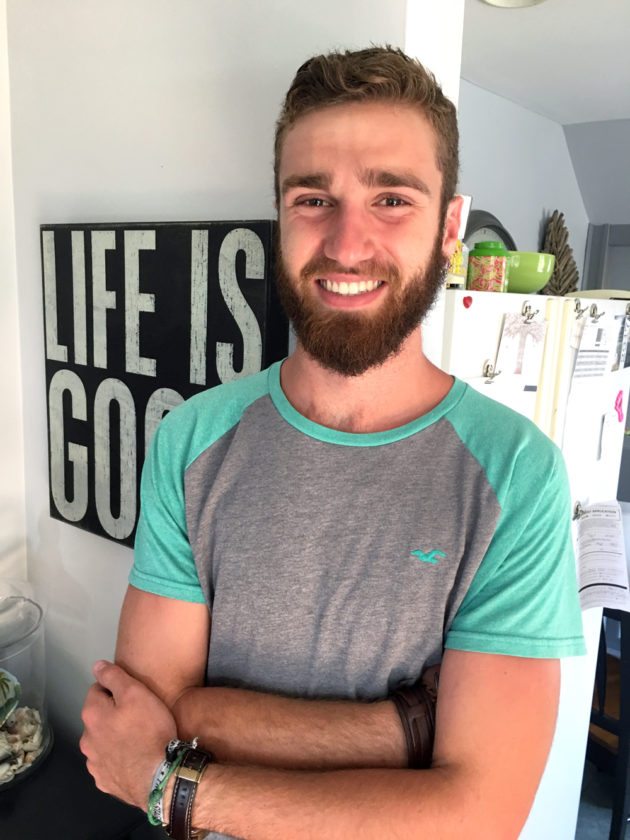 EAST PALESTINE — While growing up in a rural area of Spain, Jesus Sanchez knew he wanted to one day go abroad. He was particularly interested in the United States, he said.

It took a few years to convince his parents to let him travel abroad on his own, but they finally agreed to let him participate in the Rotary International Youth Exchange program when he entered high school.

“I always wanted to be in the U.S. I always was really interested in the American culture, so that was my opportunity to come here,” he said of the program.

Once he was accepted into the program he came to America in 2015 to spend his senior year of high school in the East Palestine School District. He graduated in 2016.

Sanchez enjoyed his experience here so much that he recently came back to visit Trent and Endia Wisser, who served as his host family while in the program. He will be going back to Spain on Aug. 17.

“I feel really involved in the family. I didn’t feel out of place,” Sanchez said of living with the Wissers.

The bond came easily despite language difficulties, as Sanchez didn’t speak any English when he first arrived, and the Wissers only had a minimal knowledge of Spanish.

They were able to get by using Google translator on their cell phones, and a lot of hand gesturing, they joked.

In fact, the Wissers spent nearly an hour using Facetime to speak with his parents, despite the fact that neither spoke the same language.

The Wissers have opened their home to a handful of Rotary exchange students over the years, with Sanchez being the most recent.

Endia Wisser owns her own photography studio, and has previously served on village council, while Trent Wisser teaches at the East Palestine Middle School.

“We were really apprehensive at first, just because it’s really hard to bring somebody into your house,” Endia Wisser said of their first time being a host family. “But as a family you have to be very open-minded and very flexible.”

She went on to say that in the long run it has been on the best things their family has done.

“Not only does it broaden our family – I call them my exchange babies – but with my kids it gets them to think outside of East Palestine,” she said.

The Wissers have two sons, Carter and Parker, who are both still in school and have made easy friends with Sanchez as well.

Trent Wisser said they want their sons to know how people in other areas of the world live, and their culture.

It took Sanchez a bit to adjust to the American school culture, but it wasn’t too difficult.

“The people were really friendly here so it didn’t take long to make friends,” he said.

Sanchez is planning to pursue a degree in mechanical engineering and is considering college in the United States.

The Wissers said that host families are not required to be Rotary members, although they must undergo a background check and have adequate housing facilities.

Sanchez said he was able to visit many other areas of the US aside from East Palestine through his participation on the program.