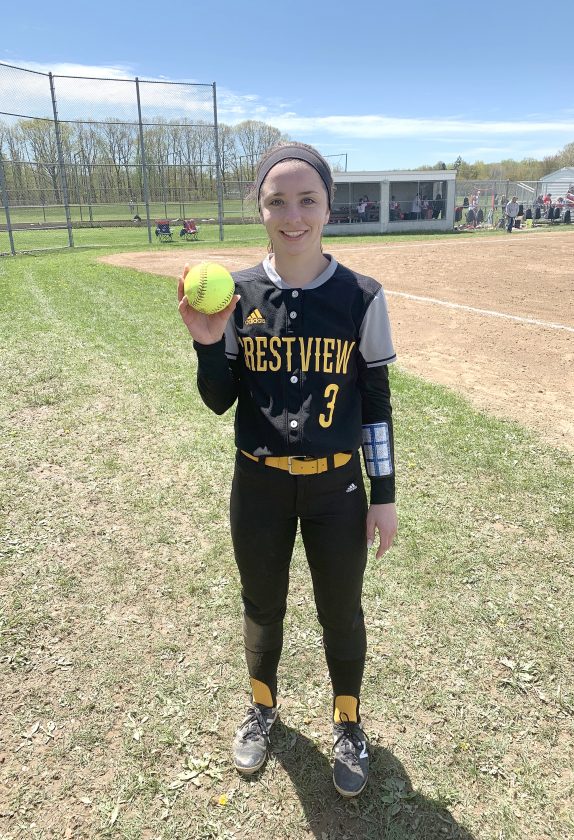 Crestview’s Haley Eskra became the Rebels’ all-time hit leader with three hits in a win over Edgewood on Saturday. Eskra had 123 hits for her high school career. (Submitted photo)

ASHTABULA — Crestview’s Haley Eskra became the Rebels’ all-time hit leader in leading her team to a 7-5 win over Ashtabula Edgewood on Saturday.

Sutton earned her 15th win of the season in the circle tying a school record. The Rebels are 21-5 on the season and will face Waterloo at 6 p.m. Tuesday at South Range High School in a Division III district semifinal.

SALEM — East Palestine scored all of its runs in the sixth inning to down Salem 3-2 on Saturday.

Bailee Thorn, Elly Exline, Taylor Thorpe and Brooke Veglia had two hits each for Salem, 14-10. Exline tied the Salem single season hits record with 39. Taylor, who had 15 strikeouts, broke the career strikeout record at Salem and now has 456 in just two full seasons and 216 this season.

East Palestine is 17-6 and will face McDonald at 6 p.m. Monday in a Div. IV district semifinal at Jackson-Milton Elementary.

EAST LIVERPOOL— While the Thompson Park Dolphins youth swim team will not have a typical season, the team will ...